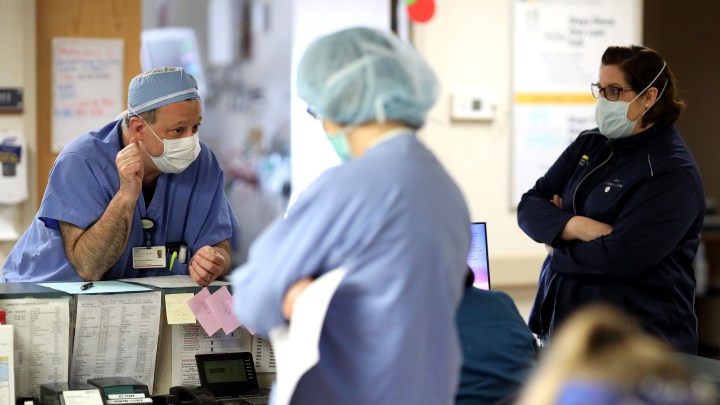 The latest weekly unemployment insurance claims numbers out Thursday show another 840,000 people applied for benefits last week. One of the sectors that has seen job losses, even during a pandemic, is health care.

It might seem logical that in a pandemic, demand for health care workers would be up. But Ani Turner, co-director of sustainable health spending strategies at the Altarum Institute, a nonprofit that tracks health care spending and employment, said some people have been avoiding going to the doctor since March.

“It’s a combination of less care being provided of certain types,” she said.

Care like elective surgeries, which often pay the bills, and some people are just choosing to not have them.

The Bureau of Labor Statistics reported last week that the health care industry gained more than 100,000 jobs in September. But the sector is still down about 800,000 jobs from this time last year, according to Amitabh Chandra, professor of public policy at Harvard University. He said some of those jobs just won’t be coming back.

“We will figure out, as a result of the pandemic, some of those jobs were not necessary,” Chandra said.

Specifically, he pointed to some support and administrative positions, especially with more people using telemedicine.