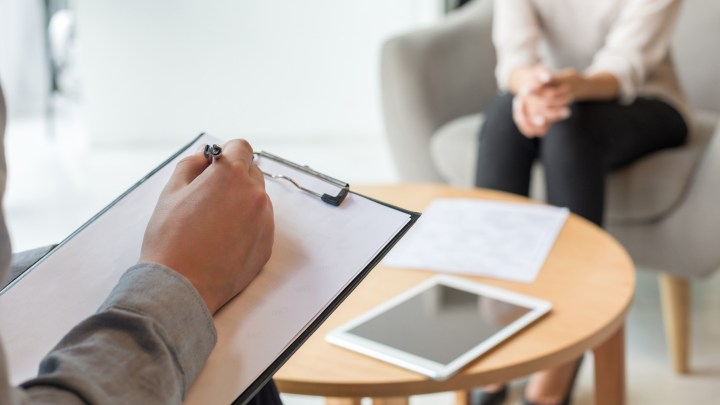 The pandemic has brought unprecedented health hazards, financial insecurity and isolation that is causing a mental health crisis. A Centers for Disease Control and Prevention survey of Americans over the summer found a significant increase in symptoms of anxiety and depression, substance abuse and suicidal thinking. Most companies offer workers free mental health services through an Employee Assistance Program. While use of these programs has historically been very low, there’s evidence of increased interest in the services during the pandemic.

About six years ago, when Joseph Kosowski was working in customer support for a tech company, he started having panic attacks — though he didn’t know that’s what they were. He went to urgent care where they told him he was essentially fine. But he didn’t feel fine, so he stopped going to work.

“And I got an email from my HR person, saying, ‘You know, we noticed you missed a few days of work in a row and here are some resources in case you need anything,'” he said.

Kosowski called his company’s Employee Assistance Program, and was quickly referred to a therapist for several free sessions where he was diagnosed with anxiety.

“And, boy, that was sure a lifeline that they threw me,” he said.

About 60% of full-time workers are eligible for this type of benefit according to federal data. But typically only about 10% of them actually use the services.

The pandemic is presenting new obstacles to accessing care for many workers, like an anonymous employee for a national nonprofit who didn’t want to use her real name for the same reason she doesn’t want to use her Employee Assistance Plan.

“I just don’t want to open the opportunity to be seen as not able to deal with things,” she said, referring to significant job cuts at her company that have made her feel vulnerable.

Lisa Frydenlund with the Society for Human Resources Management said like with any therapy, what’s talked about in a session is confidential. She encourages managers to normalize issues of mental health.

“There’s been such a stigma,” she said. “But being able to talk about it and to acknowledge it is so important.”

That is increasingly happening, she said, because so much of the trauma of the pandemic has been shared.

An SHRM survey in June found a third of companies had experienced a significant increase in requests for information about Employee Assistance Programs during the pandemic.