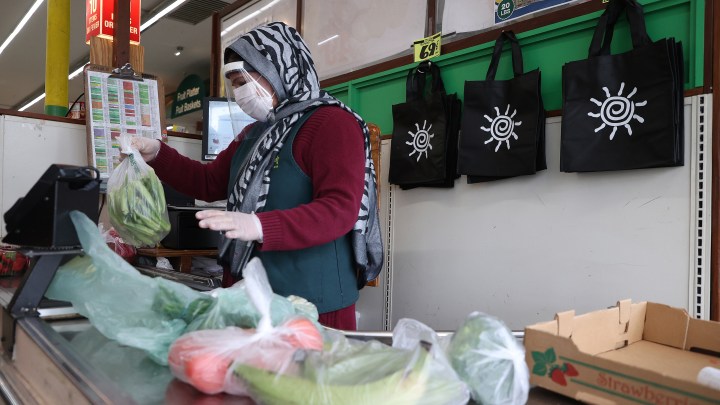 COPY
Some people are quitting jobs because it's too dangerous to work during the pandemic. Al Bello/Getty Images
COVID & Unemployment

Some people are quitting jobs because it's too dangerous to work during the pandemic. Al Bello/Getty Images
Listen Now

There were some new data from the Labor Department last week: The number of people voluntarily quitting their jobs increased by 344,000 to 2.9 million in July.

Often a high quit rate means unemployment is low and people feel confident that they can find a better job. But with the pandemic, even though unemployment is high, things are different.

“Gaps in resumes now are much more understandable than they might have been in the past,” said Matthew Slaughter, an economist at Dartmouth.

The Labor Department says retail workers made up about half of those leaving their jobs voluntarily in July. They may have health concerns because of COVID-19, according to Heidi Shierholz, an economist at the Economic Policy Institute.

“There may be people who are voluntarily quitting, because it’s just not safe for them to have a job right now,” she said.

Or they may need to take care of their kids, said Beth Humberd, a management professor at UMass Lowell. Because so many kids are home, “it’s out of necessity to manage the working family conundrum.”

And that choice may be falling disproportionately on women. Their participation rate in the labor market has dropped during the pandemic.