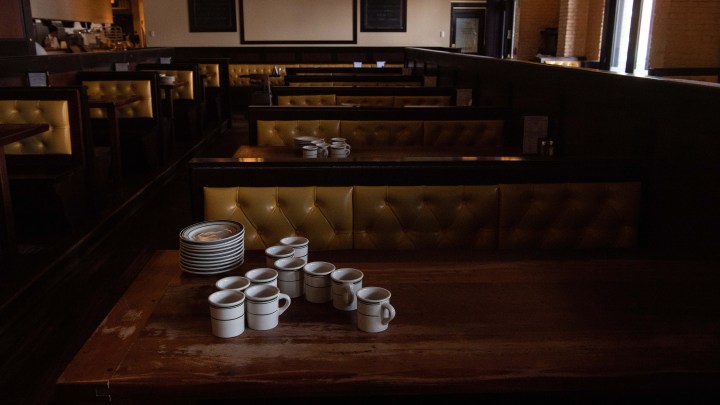 COPY
The restaurant and hospitality industries have experienced plenty of turnover. Nicholas Kamm/AFP via Getty Images

New Bureau of Labor Statistic numbers out this week show lots of people are leaving their jobs. The rate at which workers quit rose to 2.9% in August.

Look at the different kinds of jobs people are quitting and there’s one sector that jumps out.

“Leisure and hospitality and retail,” said Andrew Weaver, a professor and labor economist at the University of Illinois. He said along with that though, it’s significant to note overall unemployment is going down. That indicates hotel and restaurant workers are not just dropping out of the labor force altogether.

“These workers are going mainly to other jobs,” Weaver said.

Other jobs where maybe they can work from home, or in an office, said Elise Gould with the Economic Policy Institute. She said the delta variant is a reason for the shift.

“Maybe they’re leaving jobs that have a huge public facing component, where they’re not willing to put themselves in harm’s way because of the pandemic,” she said.

And Gould said even though hospitality wages are on the rise, they aren’t high enough to convince many workers to stay put.