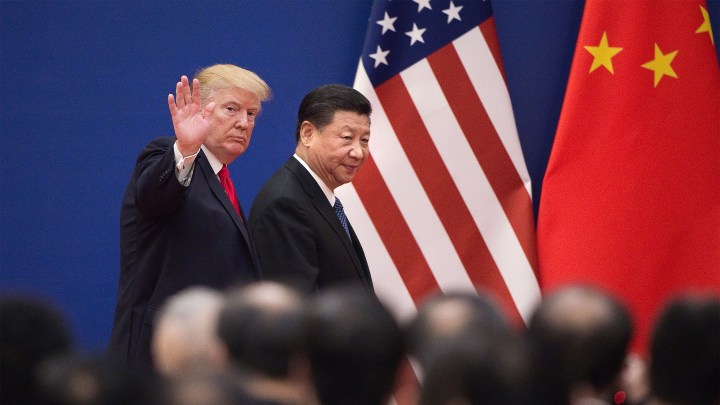 The Trump campaign released a list of what it calls “core priorities” for a second term. Trade is near the top of the list.

But the United States already signed the phase one trade deal with China earlier this year, and China is having trouble living up to it. Beijing is supposed to increase purchases of U.S. exports by at least $200 billion by the end of 2021 in exchange for a cut in tariffs on Chinese goods exported to the United States.

Mary Lovely, senior fellow at the Peterson Institute for International Economics, said China still has a long way to go.

“China has bought about a quarter of what would be expected this year if they were going to meet these targets by December 2021,” she said.

The Chinese economy got walloped by the coronavirus. But also, “quite honestly, I never expected China to meet the goals that were laid out in the agreement,” said Lynn Fischer Fox, a partner at the law firm Arnold & Porter.

“I figured they had a two-year timeline to do it because no one ever thought they were going to meet those goals,” she said.

If the goals aren’t met, U.S. tariffs snap back. But China is making some progress on another part of the phase one agreement: passing some intellectual property laws. But there was supposed to be a phase two deal tackling the really big issues — like cybertheft and Beijing’s subsidies for Chinese companies.

“And now what we hear from both sides is either a lack of interest, a lack of trust, but no definitive date for when those negotiations might commence,” Cutler said.

And a meeting between Washington and Beijing set for earlier this month to see how phase one was going was canceled.