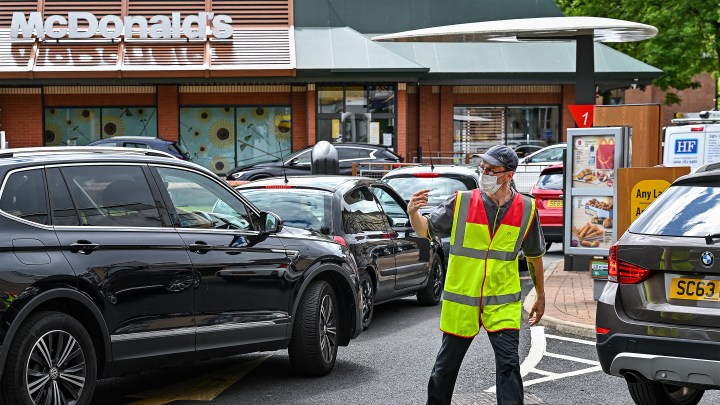 You might not be able to tell from their earnings reports, but franchise restaurant chains have actually been recovering pretty well.

McDonald’s profits last quarter were the chain’s lowest in 13 years. Yet the company reported that now revenue is almost back to pre-pandemic levels. We’ll get another glimpse into the industry Wednesday, when Wendy’s reports its results.

How franchise restaurants are doing depends on what they’re cooking — and how they’re connecting with customers.

“My business is actually excellent right now,” he said. “I wish I could say that about everyone.”

Blevins owns a Chick-fil-A franchise in Clarksville, Tennessee, about an hour outside Nashville. He’s closed his dining room to keep customers and staff safe. But he’s more than made up for the lost sit-down business.

“We’re dependent on our drive-thru window, and also mobile ordering,” he said. “Customers who never downloaded the Chick-fil-A app or never used DoorDash or Grubhub are actually ordering now. And that’s a significant part of our business.”

With COVID-19 surging, consumers are fearful of going into stores and restaurants.

So fast-food chains are doubling down on virtually contactless service, according to Jim Hertel, an analyst at Inmar Intelligence.

“It’s all about the drive-thru now [and] how can I minimize contact with other consumers, with store personnel?” Hertel said. “What better way to do it than have the food slid out underneath the window?”

“The quick-service pizza chains — I mean, they’re continuing to do very well in this environment,” Hottovy said. “Quarantine and shelter-in-place mandates really work to their favor.”

But, with so many Americans working from home — or not working at all — Starbucks and other chains that focus heavily on breakfast are struggling.

And the industry faces uncertainty.

Restaurant sales stalled in July as COVID-19 cases started rising again, according to the NPD Group, a market research company. And millions of people just lost their extra $600 a week in federal jobless payments, which have propped up consumer spending during the pandemic.