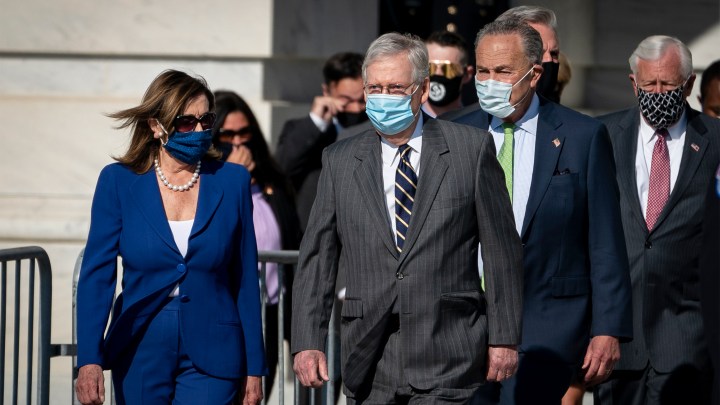 You’d think Congress has enough on its plate as it continues to wrestle with another coronavirus relief package. But it also has to fund the government for the next fiscal year, which begins Oct. 1. And it’s slow going.

“Even if they started to try to move bills right now, they’re pretty much behind the eight ball,” said Scott Lilly, who worked for more than 30 years as a budget staffer on Capitol Hill.

The “they” here is the Senate. And the bills Lilly’s talking about are the 12 spending bills that fund all the federal agencies, which Congress is supposed to pass and send to the White House for the president’s signature before the new fiscal year begins. Lilly remembers very well the last time Congress was able to do that.

“September 30 of 1994,” he said, chuckling. “I was the staff director at that time, so that was the last time that happened.”

Lilly headed up the staff on the House Appropriations Committee.

This year the House has passed most of the spending bills, clumping them together in two giant bills totaling more than $1 trillion. The Senate, though, hasn’t even started the process. Henrietta Treyz at the consulting firm Veda Partners says it’s daunting for vulnerable senators worried about the budget deficit to consider the annual spending legislation while facing a vote on possibly trillions more in coronavirus relief.

“And you get a real sense of deficit fatigue, and there are these eye-popping numbers that really give everybody some heartburn when they have to take these votes,” she explained.

Then there’s the election. No one wants to vote on controversial spending bills that might upset voters.

“You have a finite amount of time and attention on Capitol Hill. And these people want to work on their reelection campaigns,” said Laura Blessing, a senior fellow at Georgetown’s Government Affairs Institute.

Blessing said Congress will probably do what it always does with spending bills these days. Ignore them. Kick the can down the road. And avoid a government shutdown by passing a continuing resolution temporarily funding the government at current levels and tackling the spending bills again after the election, when the coast is clear.