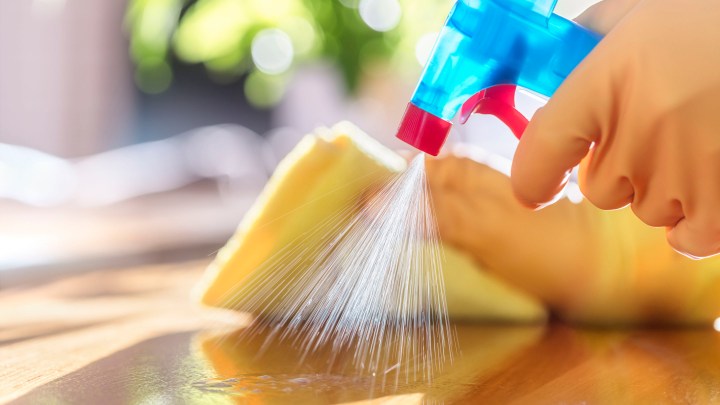 COPY
The health and safety rules that govern most jobs in California do not currently protect domestic workers, like house cleaners. BrianAJackson via Getty Images

The health and safety rules that govern most jobs in California do not currently protect domestic workers, like house cleaners. BrianAJackson via Getty Images
Listen Now

Domestic workers in California such as nannies, house cleaners and caregivers for the elderly are excluded from the enforcement of workplace health and safety rules that govern most other jobs.

The California Senate has passed a measure that would include domestic workers under its occupational health and safety laws. The bill is now before the California Assembly.

In May, more than 100 members of the California Domestic Worker Coalition participated in a Zoom rally, cheering, “Sí se puede!” to support the inclusion of domestic workers in Cal/OSHA protections. The state agency is in charge of ensuring workplace safety.

Socorro Díaz, who belongs to the Graton Day Labor Center in Sonoma County, was hired in 2018 to clean a house that had been affected by local wildfires and was covered in ash.

“My eyes started tearing up, I felt them burning. My skin was also burning,” she said in Spanish.

But she was not protected under Cal/OSHA. The agency has guidelines for working in wildfire zones: Employers that the agency oversees have to warn employees about health hazards, and depending on air quality, provide protective gear. And workers can file complaints about unsafe working conditions.

There are about 2 million households in California that employ domestic workers as child care providers, caregivers, housekeepers and maids.

In the Senate, critics of the measure objected to regulating what goes on in people’s homes.

“A touchy situation that we have here is that these are private homes that Cal/OSHA, the Department of Industrial Relations will be entering,” said state Sen. Shannon Grove, a Republican who voted against the measure, on the Senate floor.

Maegan Ortiz is the executive director of the Institute of Popular Education of Southern California, an organization in Los Angeles that advocates for domestic workers. She spoke in favor of the measure, and pointed out there are steps that come before Cal/OSHA starts knocking on people’s doors.

“So this really is about, how do we issue guidance to employers so that they have those tools to understand their obligations?” Ortiz said.

The measure would create an advisory committee to tailor Cal/OSHA regulations to domestic work.