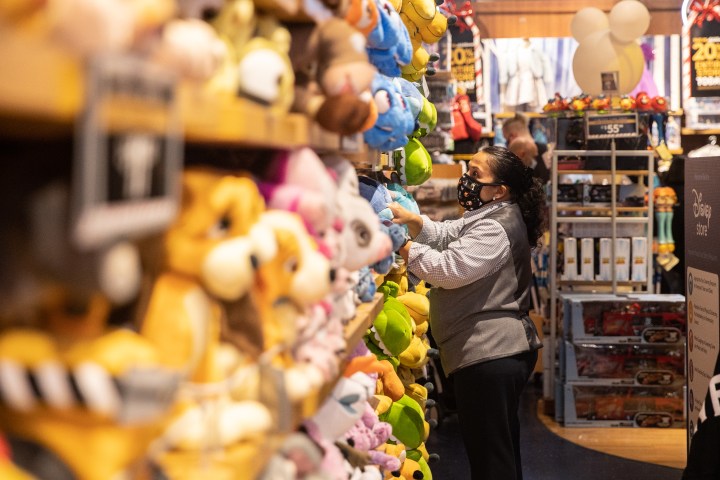 COPY
A set of binding national requirements will make it clear to employers what they need to do, said David Michaels, who headed OSHA during the Obama administration. Jeenah Moon/Getty Images
Workplace Culture

A set of binding national requirements will make it clear to employers what they need to do, said David Michaels, who headed OSHA during the Obama administration. Jeenah Moon/Getty Images
Listen Now

More than a year into the pandemic, the Occupational Safety and Health Administration is now considering a slate of safety requirements to prevent the spread of COVID-19 in workplaces across the country. It comes at the direction of President Joe Biden, who signed an executive order on his second day in office directing OSHA to issue what’s called an emergency temporary standard — basically emergency safety rules — specifically for COVID-19. The executive order asks OSHA to issue the standard by March 15, though it’s expected to come later this week or next.

OSHA never issued binding safety rules for COVID-19 under the previous administration. Instead, the agency just made recommendations to follow Centers for Disease Control and Prevention guidelines that were open to interpretation, using “words like, ‘consider protecting workers,’ or, ‘do this, if possible,’” said Debbie Berkowitz with the National Employment Law Project.

The risk of another surge is rising as the country reopens, she said, and OSHA doesn’t have the resources to police every workplace.

“OSHA is a very small agency,” she said. “It would take OSHA 165 years to get into every workplace under its jurisdiction once, so it’s not like it’s going to be running around and inspecting.”

David Michaels, who headed OSHA during the Obama administration, said a set of binding national requirements will make it clear to employers what they need to do.

“Many, many more employers are going to follow those basic precautions that we know are successful,” he said, citing measures like employee training, improved ventilation, mask-wearing and perhaps requiring N95-style respirators in high-risk workplaces.

But some business groups are concerned about overly prescriptive requirements as employers struggle to make costly adjustments amid economic uncertainty.

Locking in one-size-fits-all requirements beyond such measures would be too rigid, he said, especially with vaccinations ramping up and infections falling.

The National Retail Federation has already sued Cal/OSHA, the California Division of Occupational Safety and Health, over its standards, and it’s likely a national standard would also end up in court.