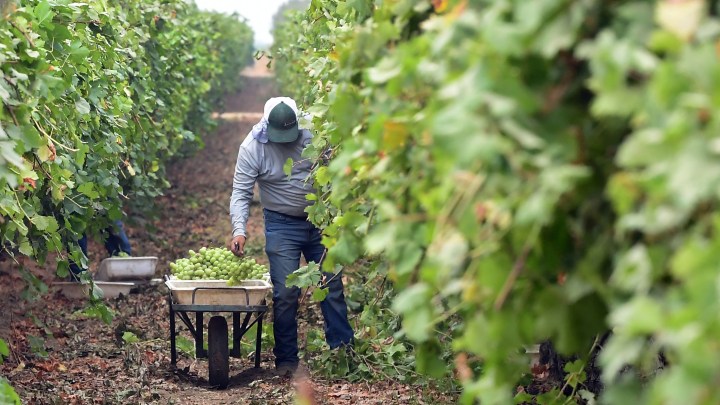 COPY
Farmworkers and other laborers could suffer in this weekend's heat wave. Frederic J. Brown/AFP via Getty Images

Farmworkers and other laborers could suffer in this weekend's heat wave. Frederic J. Brown/AFP via Getty Images
Listen Now

A heat wave is coming to the Southwest this weekend. Temperatures are expected to break 100 degrees in Las Vegas, Austin, Texas; and Albuquerque, New Mexico. In Phoenix, it could get as hot as 114 degrees on Saturday. And, technically, it’s not even summer yet.

Some 30 million people are under heat advisories telling them to stay out of the sun. But that’s a tall order if you work harvesting crops, on a construction site or in a restaurant kitchen with no air conditioning. And there’s not much in the way of safety regulations to protect those workers.

The hazards of working amid extreme heat go beyond exhaustion and dehydration. That’s what economist Jisung Park found when he compared workplace injury data with temperature records.

“So it’s things like falling off of a ladder, getting your hand caught in a conveyor belt,” said Park, who works at the University of California, Los Angeles. Those kinds of accidents are more common when it’s 90 degrees or hotter, yet “there are no binding federal mandates with regard to heat on the job.”

Extreme heat is one of many hazards covered under the Occupational Safety and Health Administration’s general workplace safety rules. After last summer, one of the hottest on record, the Joe Biden administration ordered OSHA to draw up specific workplace heat standards.

But David Michaels, a professor of occupational health at George Washington University, isn’t holding his breath.

“The OSHA standard rule-making process is a very slow one,” he said.

He should know — he used to run the agency. “It takes far too long. So OSHA won’t get a standard out for several years at best.”

When it does, those rules will come with costs for employers, according to Rebecca Givan, a professor of labor studies at Rutgers University.

“If workers need more breaks or if workers aren’t able to work legally when the temperature is above a certain level, that may slow down their productivity,” she said.

So, she said, heat safety standards would likely be challenged in court — which could draw out the process even longer.