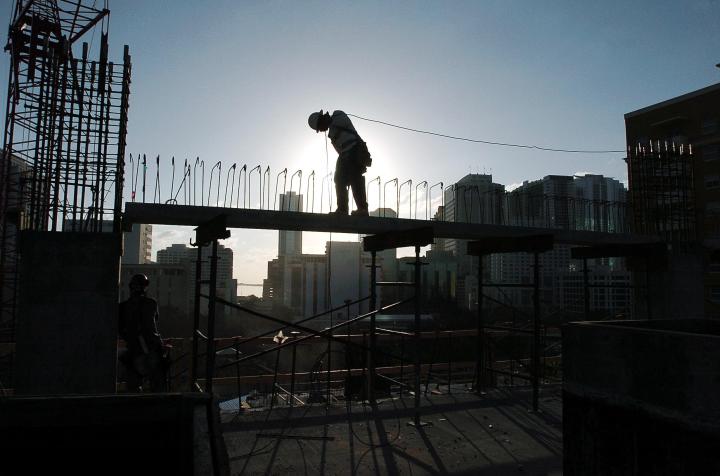 COPY
Investigators found rehab participants doing everything from picking cotton in Georgia to doing doing construction on high rises in the San Francisco Bay Area, all with no or little pay. Roberto Schmidt/AFP/Getty Images

Investigators found rehab participants doing everything from picking cotton in Georgia to doing doing construction on high rises in the San Francisco Bay Area, all with no or little pay. Roberto Schmidt/AFP/Getty Images
Listen Now

Rehab programs for drug and alcohol addiction, in some cases, put clients to work as part of their rehabilitation. An investigation by Reveal from the Center for Investigative Reporting shows that these workers often don’t get paid and are sometimes put in dangerous situations. Investigators argue they’re often illegal.

Laura Starecheski, a senior radio editor at Reveal who reported on the story, said her team identified at least 300 rehab facilities in 44 states that required unpaid labor from participants. They found that, in recent years, at least 60,000 people have gone through these programs each year.

“What tends to happen is that people give months and years of their life to programs like this, but they don’t get the actual treatment that they need,” Starecheski said in an interview with Marketplace’s Sabri Ben-Achour. “They’re left with psychological scars or physical scars. And then they have to, in the good cases, find their own way into recovery.”

Starecheski spoke to Ben-Achour about what conditions are like for rehab participants and why regulators haven’t always brought enforcement actions against labor violations by rehab operators. The following is an edited transcript of their conversation.

Sabri Ben-Achour: Can you start by describing the arrangements at these rehab centers?

Laura Starecheski: Well, typically people walk through the doors of these facilities expecting addiction treatment. And instead they are sent to work for no pay or for pennies on the dollar, either at businesses that the rehab owns or at private companies and sometimes large corporations that I’m sure your listeners have heard of, like Shell, Walmart, Tyson Foods and Williams-Sonoma.

What tends to happen is that people give months and years of their life to programs like this, but they don’t get the actual treatment that they need. They’re left with psychological scars or physical scars. And then they have to, in the good cases, find their own way into recovery.

Ben-Achour: The conditions at these jobs — can you describe them?

Starecheski: We found rehab participants picking cotton and pecans at a farm in Georgia and building luxury high-rises, doing construction, in the San Francisco Bay Area. We heard many examples of rehab participants being sent out to do work that they were not adequately trained for. Dangerous work like climbing oil rigging in Louisiana or doing electrical work without adequate training. And we heard about injuries and even deaths on these job sites.

Ben-Achour: Are these programs voluntary? If someone feels like they’re being taken advantage of, could they just walk away?

Starecheski: About a third of the programs that we looked at accept people who are court-ordered. So that would mean this is someone with some kind of criminal charge hanging over them, and they’re ordered to complete a rehab program like this in lieu of jail or prison time. And if they don’t succeed, then that’s what’s hanging over them, a possible prison sentence. So in my mind, that’s not exactly a voluntary situation.

Ben-Achour: So the argument for these programs is that these folks participating would not be employable otherwise, they’re offered room and board for free, maybe offered counseling. Does that count as payment?

Starecheski: It doesn’t. The Fair Labor Standards Act is pretty clear on this, that even if someone is getting some kind of treatment and room and board in exchange for their work, they still need to be paid a minimum wage.

Ben-Achour: If that is the case, how are they still doing this?

Starecheski: Well, we found that the majority of programs are not licensed or regulated. State regulation of rehab facilities in general across the U.S. is inadequate. And, federally, it’s really up to the Department of Labor to enforce the Fair Labor Standards Act. But we’ve just found a handful of cases where the Department of Labor found violations in rehab [facilities] over the past couple decades.

Ben-Achour: How many of these centers are there?

Starecheski: We’ve found, in almost every single state, rehab facilities are sending people to work without pay. And the minimum number of people that we found is about 60,000 a year going through programs like this. And I’ll just specify that that’s a conservative number, because the vast majority of programs that we reached out to did not want to disclose the details of exactly how they operate.

Ben-Achour: Are there any stories you came across in your reporting that stand out to you?

Starecheski: There are so many examples. Our team talked to hundreds of people to report the story, and there are people who have happy outcomes and people with not so happy outcomes. One of the main participants we focused on is named Chris Koon. He lives in Louisiana. He went to a program called the Cenikor Foundation for about 18 months and was made to do really hard labor like shoveling rocks, throwing bags of mulch, welding, something called rod busting that’s incredibly physically difficult and dangerous. He gave 18 months to this program. He was court-ordered to go there. He never received any of his wages. And when he eventually left the program, he was able to get into recovery on his own. By getting on a daily medication — he had an issue with using opioids — and he got on a daily medication called Suboxone. And a couple years later, he’s stable; just moved into his own place with his fiancée and their kids, and is doing well.