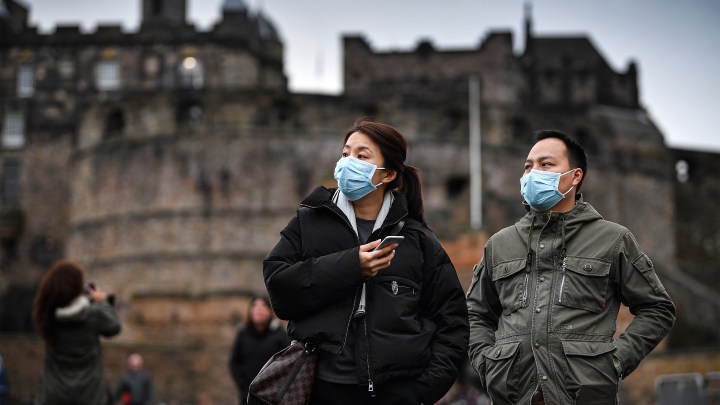 COPY
Tourists visit Edinburgh Castle in Scotland in January. In some countries, tourism can account for 20% or even 30% of GDP. Jeff J Mitchell/Getty Images
COVID-19

Tourists visit Edinburgh Castle in Scotland in January. In some countries, tourism can account for 20% or even 30% of GDP. Jeff J Mitchell/Getty Images
Listen Now

I was sitting on the couch the other day, watching TV, when I saw this ad for Scotland:

It starts with a gorgeous coastline view and then runs through Scotland’s greatest hits. Castles. Lochs. Historic ruins. Even a Shetland Pony with a big puff of hair on its head.

And then there’s the tagline: “Absence makes the heart grow fonder.”

The ad comes from the country’s tourism board, Visit Scotland, which was trying reach the people who are stuck at home right now.

“We know that Scotland has a fond place in many people’s hearts. And then there’s other people that have always spoken about going to Scotland and they’ve never actually managed to make the trip,” said Gwen Raez, senior marketing manager for North America at Visit Scotland. “And what we wanted to say to them with this video is you really need to think about getting Scotland on your list.”

Ads like this one are everywhere. Indonesia’s tourism board is sharing photos of the country’s national parks with the hashtag TravelTomorrow.

It has competition from Germany, South Africa, Mexico, and Switzerland — which has its own tagline: “Dream now — travel later.”

And while they’re waiting, Zemp and his colleagues are not above tempting you with some dreamy visuals of a train ride through the Swiss Alps.

Switzerland, like a lot of countries, relies on tourism dollars. The tourism industry is about 3% of its GDP, and it’s also a big source of jobs in small towns.

And “in some countries, tourism can account or 20% or even 30% of their GDP,” said Henry Harteveldt, a travel analyst at Atmosphere Research Group.

Harteveldt says if it seems a little early to be luring tourists — considering the pandemic — keep in mind that “international travel has a longer lead time and there may be more logistics to consider,” he said. “They need to start doing this now.”

Even though, he says, some places might not see overseas travelers until next year. 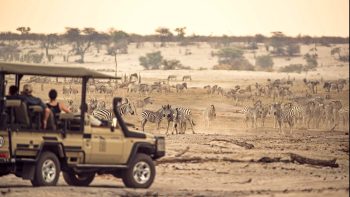