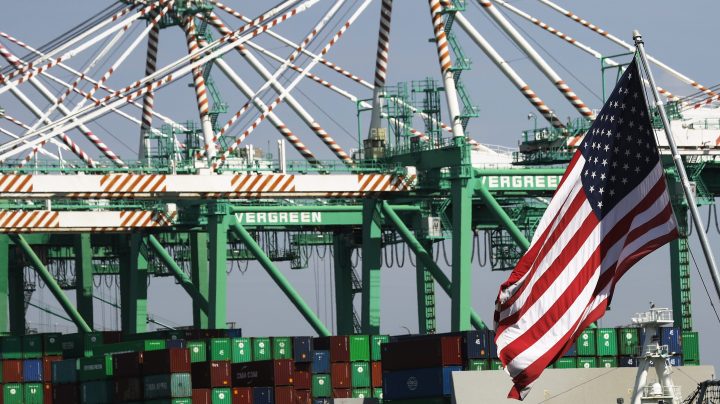 More than 200 economists have signed a letter asking the Trump administration not to impose Buy America restrictions on medical supplies. The letter won’t be officially released until Wednesday, but we got an advance copy. The economists are worried that a new Buy America order would hurt American consumers.

White House trade adviser Peter Navarro has been talking about it for weeks now — an executive order that would require government agencies to only buy U.S.-made medical products.

“Buy American is going to be the law of the land, I believe, soon — at HHS, at DOD, the Veterans Administration,” Navarro said on Fox News this month.

Navarro didn’t respond to request for comment, so it’s unclear exactly what the Trump administration has in mind. But the economists’ letter says a Buy America order could cause even more medical supply shortages. Bryan Riley, director of the Free Trade Initiative at the National Taxpayers Union, which spearheaded the letter campaign, said the executive order could apply to “anything that could be classified as personal protective equipment. From hand sanitizer to medical gowns.”

The letter says the order would also push up the cost of medical supplies and possibly drugs for consumers. Mary Lovely, professor of economics at Syracuse University, signed the letter. She said to just look at the prices of medical supplies from China that were, until recently, subject to 25% U.S. tariffs.

But other economists, like Christine Ries, professor of economics at the Georgia Institute of Technology, would be OK with a Buy America order if it included price controls in exchange for subsidies or tax breaks.

“The company would have to certify that yes, this was Buy American and yes they were keeping the price at the same level as when China was supplying,” Ries said.

The Buy America debate isn’t limited to economists. There are reports of considerable disagreement at the White House over Navarro’s proposal.