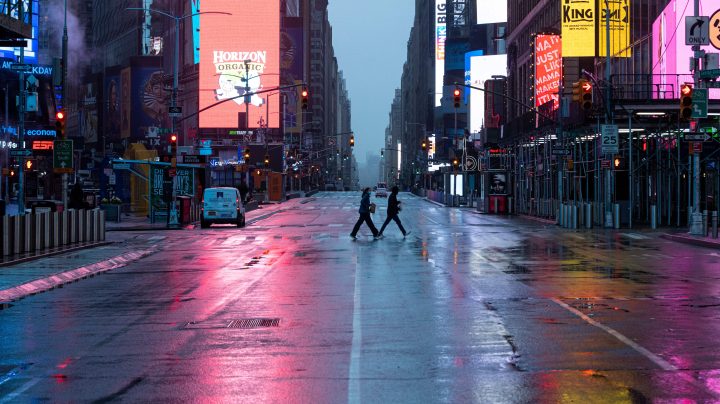 President Donald Trump’s guidelines for reopening the country give states broad leeway in deciding when and how their businesses and public spaces can begin the process.

Don’t expect an immediate economic rebound, says Patrick Harker, president and CEO of the Federal Reserve Bank of Philadelphia. But he is cautiously optimistic about the country’s resiliency.

“We’re going to hit a bottom, and we’ll probably stay there for a little while. So I’m not in the camp of thinking this is a [V-shaped recovery],” Harker told “Marketplace Morning Report” host David Brancaccio. “On the other hand, I do think if we reopen the economy carefully, and I emphasize carefully — that is by geography, by sector of the economy, where we can assure the safety of the workers and other consumers — I think we can start to climb out of this.”

“There are some areas, some sectors that will take some time,” Harker cautioned. “But I think a combination of being prudent and careful, and having medical technology come to bear to help us get the economy back up and running — I think that is quite possible in the relatively short term. But, again, it will not be flipping a light switch, as people have said. It’s going to take some time.”

A successful recovery will involve supporting individuals whose lives and livelihoods have been particularly affected by the coronavirus pandemic. The Philadelphia Fed released research Wednesday confirming what has been happening on the ground for a while now — that lower wage workers are disproportionately losing income, employment and health insurance during this time.

When it comes to supporting small businesses, Harker said “there’s clearly a need for this in the economy right now,” referencing the $350 billion Paycheck Protection Program, which ran out of money Thursday, just 13 days after it started accepting applications. “I think there’s more that can be done there.”

Harker also pointed to the Fed’s role of providing liquidity as particularly important right now, so that banks are able to make loans in the first place. 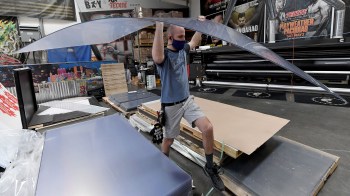 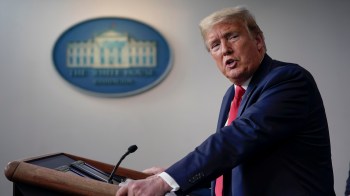