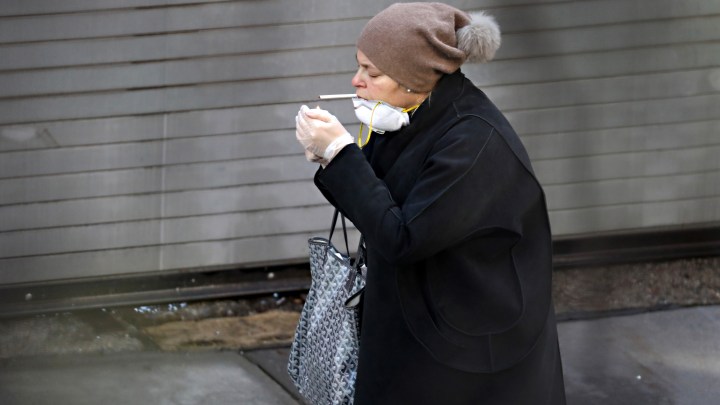 There are calls from some health groups for limits, or outright bans, on tobacco products to help reduce the risks of complications due to COVID-19. Some medical experts think that smoking and vaping can make symptoms worse.

One early scientific study indicates that COVID-19 patients in China were more than twice as likely to get severe infections if they were smokers.

Smoking also means repeatedly bringing your hand to your mouth, when we’re all being cautioned not to touch our faces.

The New York State Academy of Family Physicians has called for a ban on sales of tobacco and e-cigarettes during the pandemic. The International Union Against Tuberculosis and Lung Disease has increased its push for an end to sales.

“This is really the best time for governments to take action and to force the tobacco industry to stop selling tobacco in their countries,” the union’s Dr. Gan Quan said.

Around 34 million people in the U.S. smoke cigarettes. Dr. Michael Siegel at the Boston University School of Public Health agrees that quitting smoking and vaping will have positive health benefits, but says says a ban could have unwanted consequences.

“You really do have a danger of a black market developing,” he said. “To me that is the main obstacle to prohibition, honestly. Not the economic consequences to the tobacco companies.”

The National Association of Tobacco Outlets did not have a comment at this time.