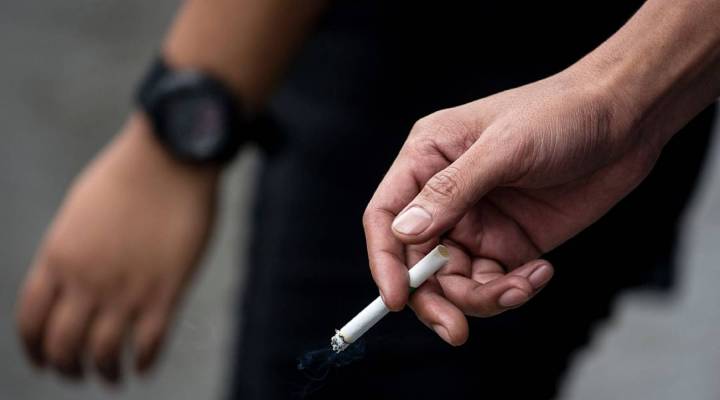 British American Tobacco (BAT) has offered to purchase the remaining 58-percent stake in Reynolds American it doesn’t already own for $47 billion. That would bring together brands like Dunhill, Kent, Lucky Strike on the BAT side, with U.S. powerhouse brands Newport and Camel from Reynolds.

Cigarette use is declining steadily across the developed world; there is a continued risk of costly litigation against the tobacco industry over health problems caused by cigarettes; and ever-more stringent anti-smoking regulations are being rolled out in developed and developing countries. Yet, tobacco remains a lucrative market for big multinationals—especially in the U.S. market.

U.S. courts have blocked the FDA from mandating graphic warning labels on cigarette packs — with pictures of rotting teeth, gangrene and other potential health effects of smoking — citing the First Amendment. Such labels are now required in some other countries, along with generic packaging that doesn’t allow a brand’s signature logo, fonts or colors to be displayed.

Equity analyst Steve Marascia at Capitol Securities Management Management in Richmond, Virginia, said that at this point, the U.S. is a highly reliable and predictable market for tobacco companies.

“They’re getting a stable operating marketplace for them to conduct sales, and try to grow their business, and move their prices around to capture profitability,” said Marascia.

Still, the market continues to shrink in the U.S., as smoking rates fall year after year. Kenneth Warner, professor of public health at the University of Michigan, said that if tobacco companies raise prices further as they consolidate, it would likely drive consumption down more. But he believes that at this point, the industry is singularly focused on short-term profit.

“Exploit the existing market of addicted adult smokers as much as you can,” said Warner, “recognizing that you’re increasingly unlikely to be able to attract large number of kids into the cigarette marketplace.”

Warner said research has shown that teen smokers are more responsive to price than adults, and tend to curtail their smoking more when cigarette prices rise.