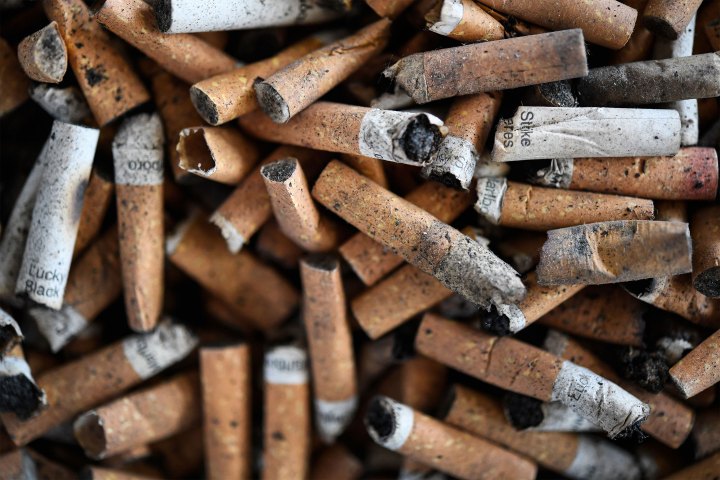 That’s the key takeaway from Sarah Milov’s new book, “The Cigarette: A Political History.” According to Milov, a University of Virginia historian, Americans were reluctant to ditch cigarettes — even after the federal government linked smoking to lung cancer and heart disease in the Surgeon General’s 1964 report on smoking and health.

“In popular memory, that’s the major turning point. But, in fact, you don’t see smoking rates start to fall after the 1964 report,” said Milov.

There was a small dip in smoking rates immediately following the report, but those gains vanished by the following year.

Smoking was a habit (for many, an addiction) ingrained in American life and widely acceptable in public places. Despite medical evidence about the health risks of cigarettes, cultural attitudes didn’t shift until grassroots activists, many of them women, spread awareness about the danger of secondhand smoke.

“What really changes the tide was the idea that non-smokers had rights that were being violated in the public sphere,” said Milov.

The first grassroots nonsmokers’ rights organization, Group Against Smoking Pollution (GASP), started in 1970 when Clara Gouin, a stay-at-home mom in Maryland, started talking with friends about the ill effects of widespread public smoking. They made a decision that seemed radical at the time: they would remove then-ubiquitous ashtrays from their homes.

They founded GASP. Within a year, the organization sent more than 500 new chapter kits to GASP groups around the country.

Banning smoking in the workplace

In 1976, Donna Shimp, a customer service representative at New Jersey Bell Telephone Company (now Verizon), took her employer to court over the issue of secondhand smoke at the office.

Shimp was so allergic to tobacco that she had resorted to wearing a gas mask in an effort to endure her smoky workplace when the company doctor ordered her to stay home until management could provide a smoke-free environment. New Jersey Bell ignored the request and Shimp filed a lawsuit, eventually winning the case and setting a legal precedent for workplace smoking regulations.

She later consulted for businesses on implementation of smoking restrictions in their workplaces. Shimp made the case that employees who smoked were more costly to employers.

“The argument was, essentially, that smokers were expensive workers: that they took too many breaks, that they destroyed equipment, that they were costly to ensure, that they got sick a lot,” said Milov.

“It was part of the strategy of the non-smokers’ rights movement at work, the business case against smoking.”

Highlighting these extra costs — in economic terms, the externalities — of smoking was a particularly successful tactic in the 1980s as businesses were focused on improving their international competitiveness, said Milov.

The tobacco industry tried to discredit the claims of non-smokers’ rights activists, and for years largely enjoyed the backing of the federal government. But it was harder for Big Tobacco to thwart policy change at the local level.

A point which, Milov says, contemporary activists should take note of.

“Long before Congress considered nonsmokers’ rights legislation, which repeatedly failed through the 20th century, it was local governments that were first implementing ordinances to restrict smoking in public places.”