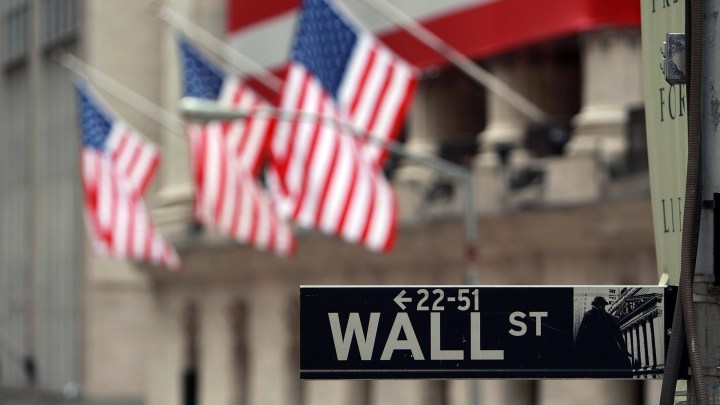 COPY
"What we need right now is a stay to make sure that people can pay by postponing it until the economy is running again," economist Joseph Stiglitz says of credit card debt. c
EEC: Econ 101

"What we need right now is a stay to make sure that people can pay by postponing it until the economy is running again," economist Joseph Stiglitz says of credit card debt. c
Listen Now

Economists are pushing governments to go further to give people longer grace periods on debt due to the COVID-19 pandemic. Among them is the Nobel Prize-winning economist Joseph Stiglitz, a professor at Columbia Business School. He’s the author of “People, Power, and Profits: Progressive Capitalism for an Age of Discontent,” out in paperback on April 21.

“We’ve helped the banks out to a tune of hundreds of billions of dollars in 2008. Now it’s time for them to play their part in keeping the American economy going, and helping ordinary Americans not to be buried under a mountain of debt,” Stiglitz told “Marketplace Morning Report” host David Brancaccio.

David Brancaccio: So if and when there’s a new round of help from Washington to prop up the COVID economy here, you believe it needs to get at something that was largely missing from this last round of intervention: debt. What should we do about debt?

Joseph Stiglitz: Well, there was a little done about federal student debt, about federally insured mortgages, but there was nothing done about the massive amount of debt, for instance, credit card debt, some of which charges usurious interest rates. Nothing was done about the debt of cars. And there was nothing done about mortgages that are not federally insured, including small business mortgages. So there was a lot left out in the area of debt, as well as some other areas, like inadequate help for our state and localities and inadequate help for NGOs, including our universities.

Stiglitz: What we should begin by doing is correcting some of the problems that have been long-standing [such as] the usurious interest rates that are charged on credit cards. So what we need right now is a stay to make sure that people can pay by postponing it until the economy is running again. And for those businesses that are getting so much help from the government, part of that should be used to help the debtors, who otherwise will sink under a mountain of debt.

Brancaccio: Now I get these are truly extraordinary times — “unprecedented” is a word we seem to use every 10 minutes. But the lenders are powerful. They will be unhappy. Could this be done? Easing off the debt burden of a more wide cross-section of Americans?

Stiglitz: Yes, it can. Getting the details is going to be obviously important and difficult. There are enormous political powers — obviously the banks will resist. But we know the high returns that the credit card companies get, and the banks get, on their credit cards. And rather than wasting all that money trying to get the unwary to get these credit cards that charge these very high interest rates, just tell them, you know: bring your interest rate down to reasonable levels. And we’ve helped the banks out to a tune of hundreds of billions of dollars in 2008. Now it’s time for them to play their part in keeping the American economy going and helping ordinary Americans not to be buried under a mountain of debt.

Brancaccio: But I’m not hearing from you a generalized debt jubilee. The lending system has to remain in place and will play an important role, once we get through this.

Stiglitz: That’s right. I mean, credit is important. You know, we had a jubilee for the emerging markets and developing countries, particularly for the highly indebted poor countries. But those were very, very poor countries and most of the loans were government loans. And it worked out there, although many of them subsequently got indebted again and will be facing a problem because of the pandemic. But on the other hand, our credit system has abused ordinary Americans. Over the last 40 years, the banks have been very active in lobbying, taking away limits on the interest rates they can charge, and that’s given them free rein to engage in an awful lot of exploitation of the unwary.

And we’ve not given the support to the government that we should have. In particular, what happened in the years prior to the crisis, where we disbanded the White House office to deal with pandemics, where we cut money to the Center for Disease Control, that was very, very shortsighted. So we should realize that now, in these critical areas, government plays a crucial role, and that we haven’t fully appreciated that.

There’s one more general lesson for the private sector. We’ve run our economy in a very taut way. We’ve prided ourselves on the efficiency, but we were very shortsighted. Example: Many car companies don’t provide spare tires anymore. They say “Well, you don’t need a spare tire very often.” Well, you you don’t need it very often, but when you need it, you need it desperately. And we’ve run our economy very much along that way. We were proud that we had no extra beds in the hospital, every bed was used. But now that we have a crisis, we’re paying a very high price for not having that extra capacity.

Stiglitz: That’s right. It will depend, to some extent, on how we are responding to the crisis. Let me give you an example: There are many households that have only a limited amount of resources, their incomes are going down. They’re going to have to eat up what meager savings they had. That means when we emerge from the pandemic, they’re going to be very wary about spending money, they’re not going to buy a car for a while, they’re not going to make a lot of purchases.

The same thing goes for a lot of small businesses. A lot of them won’t make it through the crisis. You know, you can’t go for two, three months without income, and they won’t have income. We’ve given a lot of aid and because of that aid, many of them that otherwise would have died will be able to survive, but many of them will die. And when the economy recovers, you don’t “un-bankrupt” a bankrupt firm. And starting over again is not easy. So on both the demand side and the household side and the corporate side, the small business side, there’s going to be a legacy of what we’ve gone through. And because what we’re going through is so much deeper than 2008 and even possibly the Great Depression, people are talking about numbers of unemployment of 20%, 30%, numbers that we haven’t seen. And this is a global downturn.

So I’m not that optimistic, but I’m far more optimistic than I was, given the robust package that was passed — far better than the one that was originally being discussed. I have to say that they did a lot of work to make sure there was adequate unemployment insurance, adequate help to keep people tied to the firms they’re working for [to] keep their health insurance. So a lot of work was done to put us in a better position for a V-shaped recovery.

Brancaccio: Now, we’re during these times thinking about our families and our communities. But policymakers need to think globally and big, right now?

Stiglitz: Very much so, because this is — you know, the nature of a pandemic is that it’s all over the world. And if there’s any place in the world in which that disease is continuing, it could reverberate back to the United States. And the economic consequences also will reverberate back to United States. We live in a very integrated global economy, both on demand and on the supply side. And that’s why I’ve said it’s so important for us to, not only for humanitarian reasons, but even for our self-interest, that we provide much more assistance to the emerging markets and the developing countries that don’t have the resources that we have to pass a $2 trillion dollar package. They can’t do that. And they are even more on the edge than the United States, so that if they don’t get them money, their economies can really teeter over. Already, there is the expectation of a large number of sovereign defaults and defaults in the emerging markets in developing countries.

Stiglitz: That’s right. There’s been a proposal broached for special drawing rights, which are a kind of money that the IMF can issue. And it doesn’t come out of the pockets of any country, just a issuance of money that can go to all the countries of the world. But where it’s particularly important are to the developing countries and the emerging markets. And there are proposals of a very significant increase, a special drawing right issuance, that would provide a some very, very needed assistance for these countries. As I say, it’s a humanitarian issue, but it’s also an issue of our own self-interest.

Stiglitz: The amounts of money that should be issued, we’re talking about half a trillion. And it’s, you know, compared to $2 trillion for the United States, this is for countries with billions of people. So we’re talking about a large part of humanity. From that point of view, it’s not a lot, and of that $500 billion, much of that goes to developed countries. Hopefully many of them will contribute it to, say, a trust fund that could be used for developing countries. But this would be a source of funds that would enable these countries to meet both the health and the economic needs that will really be tragic if we don’t address them.