View of an empty street in the French Quarter amid the COVID-19 pandemic on March 27, 2020 in New Orleans, Louisiana. Chris Graythen/Getty Images
COVID-19

View of an empty street in the French Quarter amid the COVID-19 pandemic on March 27, 2020 in New Orleans, Louisiana. Chris Graythen/Getty Images

Louisiana is rapidly becoming a regional epicenter in the South for COVID-19. Since identifying its first positive case on March 9, the number of confirmed cases in the state has exploded to 5,237 by March 31, with 239 deaths. Governor John Bel Edwards says his state now has the fastest growth rate of coronavirus cases in the world and could soon “look like Italy,” where the pandemic has overwhelmed hospitals and killed more than 12,000 people.

The effects are particularly acute in New Orleans, which accounts for the bulk of the state’s confirmed cases with 1,834 cases and 101 deaths recorded in the city so far. As the pandemic continues to tax health care systems across the country and plunges the nation into a recession, the impact will be magnified in New Orleans – an impoverished city that relies heavily on tourism, service industry and gig economy jobs, shipping and transportation, and energy.

In just three weeks, the virus has effectively halted commerce. Now, with hospitals projected to reach capacity as early as the first week of April and most of the city’s tourism and hospitality workforce – the largest source of employment in New Orleans – out of a job, the city is quickly becoming a case study for how a frayed social safety net responds in a global pandemic.

The sudden and severe impact on the workforce surprised even those who know the city’s economy best, including Quentin Messer, president of the New Orleans Business Alliance. The shutdown of restaurants, bars, hotels and tourism has crippled the city, he said.

“I don’t think I fully appreciated how much of the economy would just stop,” he said. “In a city that relies so much on festival season, this is almost like running into a brick wall.”

The virus is of course hitting other cities with big tourism sectors – Las Vegas and Orlando, for instance, have even larger tourism and hospitality workforces. But a recession poses more of a threat to New Orleans because of its combination of high poverty rates, social inequity and high cost of living, coupled with a scarcity of state funding for public investment. Louisiana pays the lowest in weekly unemployment benefits in the country, with payments capping out at an average $216, a mere 23% of the average income. Louisiana’s initial unemployment claims rose by a staggering 70,365, to a total of 74,875 between March 14 and March 21, according to the latest numbers from the U.S. Department of Labor and nearly a quarter of New Orleanians already live in poverty with 46% of households spending half or more of their monthly income on rent.

The city’s gig economy and hospitality workers, artists, and musicians get few government resources to cushion the blow, said Messer, whose alliance is among those offering economic relief to laid off hospitality workers. “It wasn’t clear that 1099-employees had any resources to come to them, whether you’re a musician or an artist painting folks in Jackson Square,” the courtyard in front of St. Louis Cathedral in the French Quarter. The organization’s research found that about 16,000 to 20,000 New Orleanians depend on the gig economy. From driving for companies like Lyft or Uber to setting up stages for events like Jazz Fest, the alliance found that at least 8% of the city’s workforce was dependent on the gig economy in some capacity. “That’s how they feed themselves,” Messer said.

The economic stimulus package recently passed by congress will for the first time extend unemployment benefits to gig workers that work for companies like Lyft, Uber, Doordash, and Airbnb, albeit over just four months. But not all gig workers qualify under the stimulus package. For freelance laborers, street performers, artists, musicians and other gig workers who are dependent on the city’s cultural calendar for their income, the limited grants offered by non-profit organizations like the New Orleans Business Alliance may be the available forms of short-term unemployment relief.

There is never a good time for a pandemic, but COVID-19 hit the New Orleans economy at the worst possible time, said Stephen Barnes, director of the Kathleen Blanco Public Policy Center and a member of the state’s revenue forecasting committee. February through June is the peak of tourist season, when visitors from around the world flock to the city for music and food festivals. 2020 was projected to be a pivotal year for the Louisiana economy, with economists projecting the state to finally emerge from two years of sluggish growth thanks in part to slowdowns in energy and industrial construction, as well as the lingering strain placed on shipping and trade by the U.S.-China trade war.

All those industries have been decimated by the COVID-19 pandemic. “This is, in many ways, the perfect storm for disrupting the Louisiana economy,” Barnes said.

In a state accustomed to weathering hurricanes, flash floods, and regular boil water advisories, few were prepared for the kind of logistical consequences of an epidemiological disaster like COVID-19. Unlike a hurricane, the effects of this disaster are global, limiting the kinds of federal resources and interstate cooperation that can help a region quickly heal from an isolated disaster. “We’re very dependent on international trade, especially thinking about the port system in New Orleans and along the Mississippi River,” Barnes said. “We’re very heavily dependent on oil and gas, and we’re very dependent on tourism. Those are the major sectors that are most heavily disrupted right now.”

Recessions are normally caused by anxious companies pulling back on investing, or major financial crises, like the one triggered by the housing bubble in 2008.

“This one’s different because it’s basically being driven by this disease,” said Robert Maxim, a research associate at the Brookings Institution’s Metropolitan Policy Program. “Customer bases for a lot of service jobs are drying up as people have to social distance and quarantine.”

The result is a sudden, sharp demand shock locally coupled with supply chain disruptions globally. The mix of industries that underpin New Orleans, Maxim said, are “a perfect cocktail for being hammered by what is probably the first service-sector recession in modern American history.” 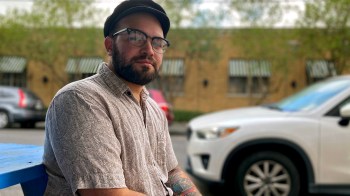