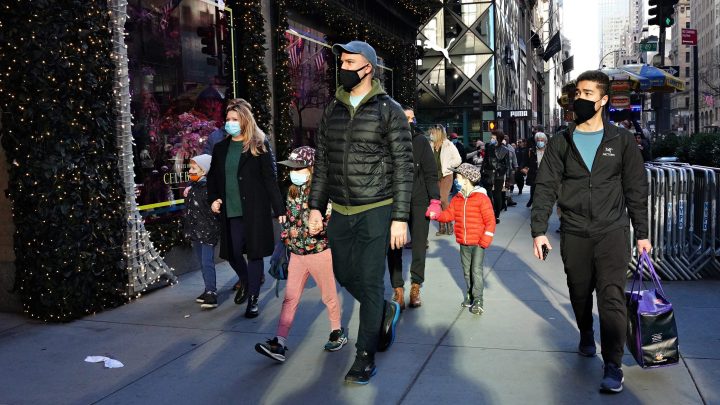 Pfizer has begun to roll out its COVID-19 vaccine after the Food and Drug Administration authorized it for emergency use on Dec. 11. About 2.9 million doses of the vaccine, developed by Pfizer and the biotech company BioNTech, were sent to locations around the U.S. during the first week of delivery. A second vaccine, developed by Moderna, was granted FDA approved for emergency use last Friday.

Over the coming week, the U.S. plans to distribute 7.9 million doses of both vaccines. Amid the rollout, COVID-19 cases are surging, with over 17.2 million cases in the country and more than 310,000 deaths. California is the new epicenter of the crisis, with the state setting nationwide records and an ICU capacity that fell to 0% last Thursday.

Dr. Anthony Fauci, the United States’ senior official for infectious diseases, said that with the vaccines, we could begin to reach the early stages of herd immunity by late spring or summer. That’s when economic experts think we might start to see some economic recovery, provided enough people opt to take the vaccine. But going back to full employment is likely going to take several years, cautioned Daniel Bachman, senior manager with Deloitte Services LP.

In the most optimistic scenario, we could see a normalization of activity — think being able to head back to work — by April or May, said Bachman. But most likely, it’ll be over the summer.

That’s also when Ryan Demmer, an associate professor of epidemiology and community health at the University of Minnesota said he thinks business at places like restaurants, which were some of the hardest hit by the pandemic, will begin to pick up again.

“There might be masking and distancing and precautions in place, but I think things will be much more open” by mid-summer, Demmer said.

The restaurant industry has been in dire straits, with some regions in the U.S. imposing bans on outdoor dining and other regions facing blustery weather conditions that make outdoor dining difficult.

Jerome Jaggernath, who’s worked as a cashier at the New York City restaurant Black Burger for several years, said the business is just trying to survive the winter as sales have declined.

“Suffice to say, we’ve been struggling. So far, we’ve been, you know, head above water,” Jaggernath said.

Daniel Zhao, senior economist for Glassdoor, said he thinks there is a case for cautious optimism about the economy.

“If the vaccine does reach widespread public availability, there are some economic indicators which point to a faster recovery in 2021,” Zhao said.

He said that data on Glassdoor shows that job openings are down roughly 10% below pre-crisis levels.

Zhao said that some sectors will take longer to return back to normal activity than others, like live events.

“I think even if it becomes fully safe to do so, to return to large live events by the end of 2021, people will be hesitant just because of the recent pandemic,” Zhao said. “There are going to be psychological barriers for people to fully return to pre-pandemic activity.”

Congress’ next steps for a relief package is going to have an effect on the economy as well. Republicans and Democrats agreed on Sunday to a $900 billion relief deal that will include $600 payments to individuals making $75,000 a year or less, and an extra $300 a week in unemployment benefits for 11 weeks. It won’t include direct aid or state and local governments, nor the Republican-led stipulation that would prevent businesses from getting sued for their response to the coronavirus.

Heidi Shierholz with the Economic Policy Institute told Marketplace that the economy is backsliding without more stimulus spending to help shore up state and local government budgets.

“What happens in recessions is state and local governments see a big drop in revenues, because people have less money to spend,” Shierholz said. “Unless the federal government steps in to fill in their budget shortfalls, they have to make big cuts.”

She said that after the Great Recession, Congress didn’t provide enough relief to state and local governments, which meant they had to make big cuts.

That, she said, probably delayed recovery by over four years.