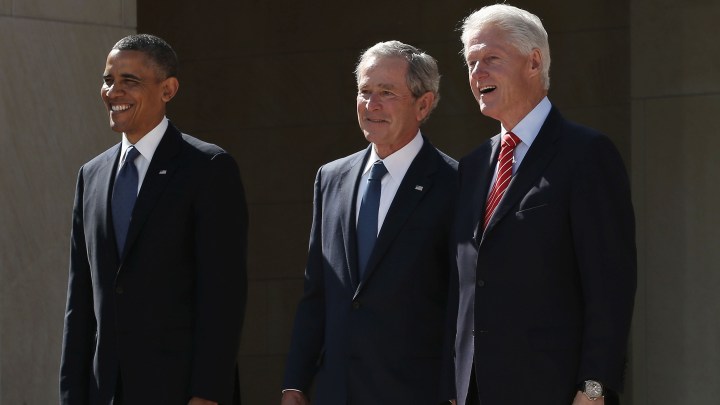 A recent Pew Research poll shows 60% of Americans would definitely or probably get a COVID-19 vaccine if one were available today. That’s an improvement in vaccine confidence over previous surveys, but 21% still said they do not intend to get vaccinated and are “pretty certain” more information won’t change their minds.

Even a small uptick in acceptance would be a big deal. An increase of just 5% is considered a success, said Noel Brewer, who researches vaccination behavior at the University of North Carolina. But it won’t come easy.

Having famous people get vaccinated on camera is one tactic. Former Presidents Barack Obama, George W. Bush and Bill Clinton have already volunteered. And surely celebrities will be getting their shots on social media. Star power has been persuasive before. In 1956, Elvis Presley got vaccinated for polio live on “The Ed Sullivan Show.” Not long after, he made a public service announcement to try to convince children to get the shot.

What doesn’t influence decisions, said Brewer, is doomsday warnings about the virus or scientific explanations about the vaccine. And pleading with people to do it for grandma and grandpa isn’t likely to change many minds. otherwise it would have worked for masks.

It’s all about convenience: Make it easy to get the vaccine. Make it free. Offer appointments all day long. Administer vaccines at convenient and visible places like pharmacies and grocery stores or maybe even at work.

“It shows that, oh this is available at lots of places, lots of people are doing it, this is a routine part of life,” said Gretchen Chapman, a psychology professor who researches decision-making and health behaviors at Carnegie Mellon University.

Eventually we may reach a point where enough people are vaccinated that it just seems like the right thing to do. “So we’re very social creatures and we want to follow what others like us are doing and identify with the groups that are important to us,” Chapman said.

There’s another factor that could play into people’s willingness to get the COVID vaccine, one that hasn’t been a consideration with measles or the flu: the economy.

“I mean, there’s an argument that basically suppressing the disease is going to be economically beneficial because we’ll get society back to normal,” said Keith Holyoak, a psychology professor at UCLA who’s studied strategies to influence vaccine skeptics.

The economic crisis is a health crisis. And to get people working and spending again, we need to solve the health part first.