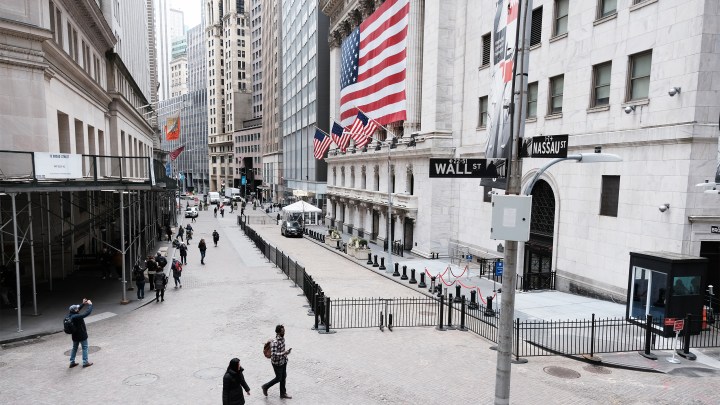 Mergers and acquisitions are bold and risky bets in the long-run. If you’re a CEO thinking about making such a deal, you want to be pretty confident about what the future holds, said Drew Pascarella, associate dean for MBA programs at Cornell’s business school.

“Everyone’s crystal ball on a good day is reasonably cloudy,” Pascarella said. “Today, with COVID, you just can’t see through it.”

And with stocks swinging up and down all the time now, it’s hard to figure out what a company is worth. Then there’s the question of getting financing for a deal, said Anil Shivdasani, professor of finance at the University of North Carolina.

“Banks are looking at what’s happening in the economy and are becoming much more cautious in making their lending decisions,” he said.

Global deal-making dropped 28% in the first quarter, according to Refinitiv Deals Intelligence. It’s down over 50% in the U.S.

But deals aren’t necessarily dead. Steven Davidoff Solomon, professor of law at UC Berkeley, said private equity firms and big corporations are sitting on a lot of cash right now — cash that could be used to pick up a distressed company.

“They are all circling right now, and they are going to come in to pick up the pieces,” he said.

Still, he says that’s not likely to happen for at least a few months. Most companies are reluctant to spend cash while the economy’s outlook is so uncertain.

“If you’re a CEO looking at the world right now, you’re not going to take the risk of an acquisition unless it’s incredibly opportunistic,” Solomon said, adding that if dealmaking picks up again, it’d be a sign that the economy is getting healthier.