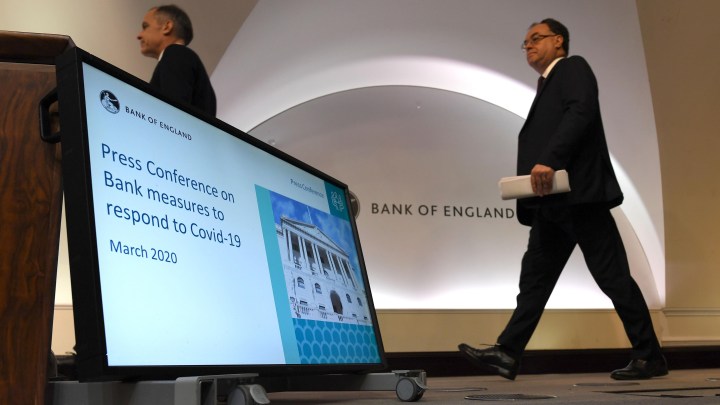 In an unscheduled and unanimous decision, policymakers at the Bank of England slashed its benchmark interest rate by half a percentage point to 0.25%.

Later, the government announced no property tax for a year for leisure and hospitality businesses, government-covered sick pay costs for companies with 250 employees or fewer, fresh infrastructure spending and a whatever-it-takes pledge to support the National Health Service.

Chancellor Rishi Sunak said the virus will have a significant impact on the economy, but noted he expects it to be temporary and that he’ll take further action if needed.

The interest rate cut is the biggest since 2009, and is part of a package of measures aimed at boosting confidence and combating what the bank deems a temporary but highly uncertain economic impact from the new coronavirus outbreak.

The bank is also freeing up billions of dollars in extra lending power to help banks support small and medium-sized businesses.