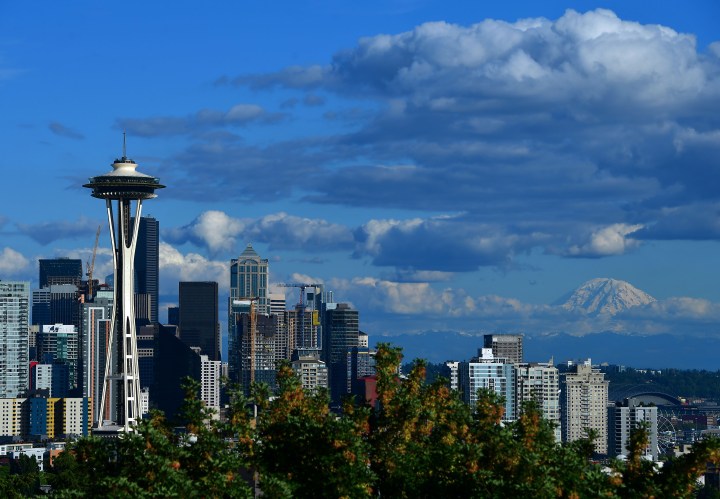 With school closures and many people working from home, perhaps no local economy in the U.S. is weathering the effects of COVID-19 as much as Seattle. We checked in with a few small business owners in the area.

“Business has been good. I had not expected it to maintain at the level that it’s been. Some of our businesses, like weddings ans events that are coming up, fingers crossed that at the end of the month those will still continue.”

Cat Wilcox and her colleague own Velouria, which sells women’s clothing, accessories and gifts made by independent creators in the U.S. and Canada. Their store is located in an office neighborhood, and weekday traffic has been significantly down.

“We have been working over the past couple of years to have a much better online presence. Our minimum for free shipping domestically was $150 and now we’ve changed it to $50. Lowering that is a service to people who don’t feel like they can leave their homes.”

Mike Donohue, the owner of Bob Johnson’s Pharmacy, started out as an intern at the pharmacy in 1978.

“Business has been really quite good and busy because of the coronavirus. We’ve sold things that we typically didn’t sell very well before, like masks and hand sanitizer. But I think the thing that’s really been influencing our volume is people getting emergency supplies of medication.”