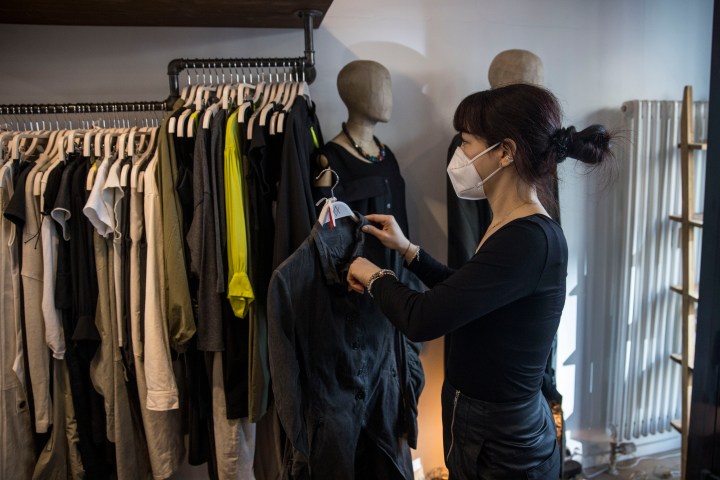 Most of the United States is approaching one year in the pandemic economy, but the city of Seattle has been feeling the effects of COVID-19 for even longer. A Washington state resident was the first person in the U.S. with a confirmed case of the new coronavirus in late January 2020, prompting many schools and offices to go remote.

We checked in with Cat Wilcox, the co-owner of Velouria, a women’s boutique in Seattle. The store has been closed for in-person shopping since mid-March last year, and Wilcox and Velouria’s co-owner switch off days going into the store to ship orders and oversee curbside pickup. Even after nearly a year, Wilcox said things feel strange and that she misses day-to-day interactions with customers.

“Fashion can get a really bad name as being kind of superficial,” Wilcox said. “But people come to us looking for outfits for their first day of work or outfits for weddings or outfits for funerals, so it can be a very emotional thing.”

Now Wilcox is making these moments personal for customers through email exchanges and handwritten notes in packages. Velouria has also started selling care packages through the pandemic.

“It really is trying to figure out what that special touch is when you aren’t face to face,” she said. “But it’s also not as good as it could be in person.”

As more people shop online, Wilcox’s process of getting photos of new inventory to Velouria’s website has changed, too. Before the pandemic, Wilcox and the store’s other owner, Chika Eustace, used to do quick photo sessions of each other in the new clothing before the store opened. Now, since she and Eustace aren’t in the store together, Wilcox is taking photos in her home.

“I’ve enlisted my boyfriend to take pictures while I art direct him,” Wilcox said. “He still seems OK doing it, and I keep on joking with him, ‘Well, if you do a good enough job, maybe someday we’ll pay you!'” 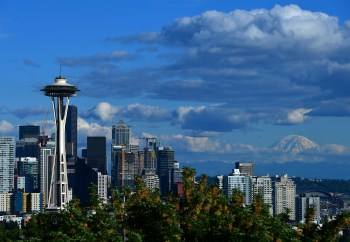