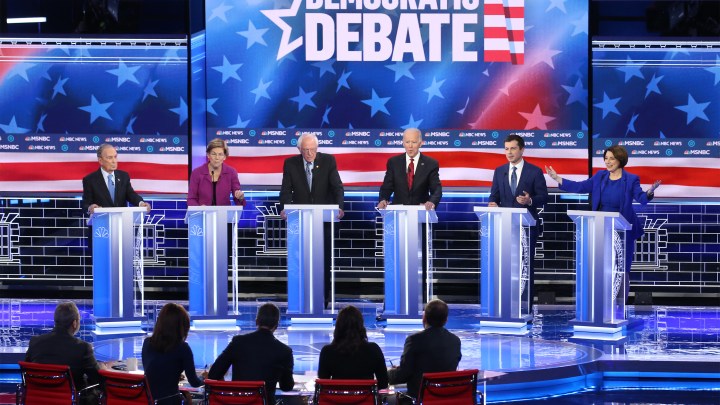 The Democrats running for president have another debate tonight. After a strong showing in the first three voting states, many pundits see Sen. Bernie Sanders as the front-runner, which has consequences for fundraising.

Despite the record amounts of cash flowing into the presidential race, people are afraid of turning over their money to a candidate who might not survive.

“When you have somebody that suddenly shifts into a front runner position, that money gets off the couch and gets involved,” said Cameron Shelton, professor of political economy at Claremont McKenna College.

He said the research shows what you might expect: donors want to back a winner.

And when the media gives more attention to the candidate in the lead, it can affect people who are already donating to other candidates.

“There is a self-fulfilling prophecy in there,” said Casey Dominguez, professor of political science at the University of San Diego.

“If people perceive that Amy Klobuchar or Elizabeth Warren or Joe Biden or Pete Buttigieg are not competitive, they might stop giving them money,” Dominguez said. And that, she added, will really make them uncompetitive.