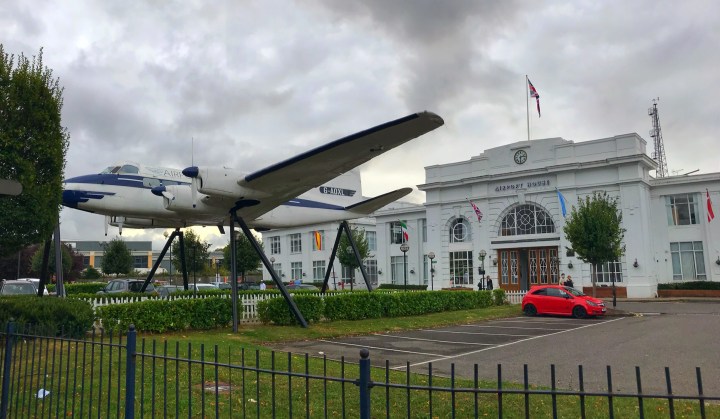 A wooden structure built 15 feet off the ground in 1920s South London revolutionized the airspace industry.

It was the world’s first air traffic control tower, commissioned at Croydon Airport, the U.K.’s first major international airport, on Feb. 25, 1920. The idea came about after the location became well known to passengers as major airlines established intercontinental routes after World War I.

The goal of the tower was simply to create reliable schedules for planes in the air. Inside, men plotted plane positions on paper maps and communicated weather forecasts and local traffic to people on land and in the sky.

It’s unclear how much it cost to build the timber structure. When the BBC reached out for comment, the Historic Croydon Airport Trust, which now looks after the property, said it wasn’t immediately able to find a record of the bill.

In 1928, the tower was reconstructed to include four floors instead of just one as air traffic control procedures continued to advance. New techniques included the ability for operators to remotely control airfield features like runway lights and radio transmitters located three miles from the airport. G.J.H. “Jimmy” Jeffs developed many of the procedures that the U.K.’s Air Ministry approved. He was issued the very first Air Traffic Control License, which is housed in the now-decommissioned airport’s museum. Those innovations were later recognized by the United States, which asked Jeffs to lead the establishment of the North Atlantic Airspace , according to Airport House’s history pages.

Those early advancements in air-traffic control made their way to the U.S. in 1934 and have become a critical component of air travel today.