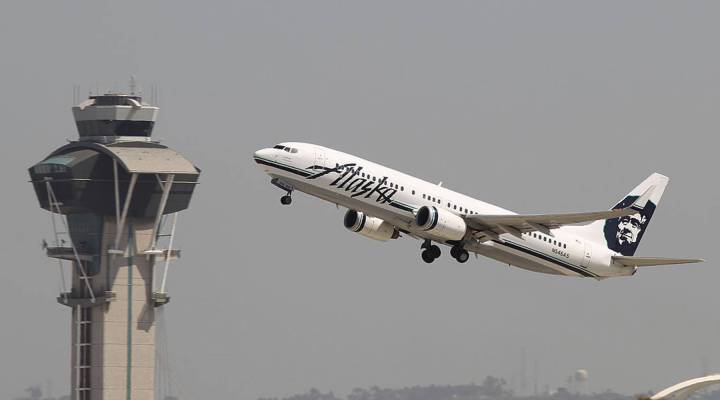 COPY
The president supports a privatization bill introduced by Republican Rep. Bill Shuster last year, but it stalled amid pushback from lawmakers and some businesses. David McNew/Getty Images

The president supports a privatization bill introduced by Republican Rep. Bill Shuster last year, but it stalled amid pushback from lawmakers and some businesses. David McNew/Getty Images
Listen Now

It’s been a bad week for U.S. airlines. It started first with the mass weather cancellations by Delta followed swiftly by the now infamous video of a United Airlines passenger being physically assaulted and dragged off a flight to Louisville, Kentucky.

All of this turbulence has overshadowed a recent endorsement by the Trump administration of a congressional plan to privatize the nation’s air traffic control system.

Taking air traffic control out of the hands of the Federal Aviation Administration has been a priority for the airline industry, which says the FAA’s modernization program, NextGen, is taking too long and has produced few benefits.

Airplanes traveling across country are guided using land-based radar, just as they’ve been for over a half century. But other countries have upgraded to modern satellite GPS systems.

The president supports a privatization bill introduced by Republican Rep. Bill Shuster last year, but it stalled amid pushback from lawmakers and some businesses.

“So, when you have labor, industry, the White House and a bipartisan group of members in Congress, we believe the momentum is definitely on our side,” said Sharon Pinkerton, vice president of legislative policy at Airlines for America, a trade group representing the airline industry.

“And this is despite the fact that we’ve got new planes, new technology. So, something is happening with our air traffic control system that is causing that inefficiency.”

Pinkerton said a GPS system would allow more flights to fly closer together. For more than a decade, the FAA has been working on doing just that through the NextGen project. But ongoing delays have put the FAA at odds with its partners.

“I’ll be the first to acknowledge that we’d all like to move faster,” said FAA Administrator Michael Huerta at an aviation summit last month. However, he also underscored that the FAA is within a few years of making the switch to GPS, and NextGen has already provided substantial value to the system.

“The FAA can demonstrate that it has already delivered more than $2.7 billion in benefits under the NextGen modernization program,” Huerta noted, “and we expect that number to climb to $160 billion by 2030.”

Critics of privatization argue that separating air traffic control from the FAA would make it less accountable to the public. Under a private model, any board of directors risks becoming stacked in favor of the big airlines, said Selina Shilad, director of the Alliance for Aviation Across America, a nonprofit advocate for rural airports.

“So, depending on the whims and interests and decisions of that board, they could control everything from investments in particular facilities or infrastructure. They could also decide who pays what into the system,” Shilad said. She said the president’s plan to privatize the FAA would cut federal funding to smaller airports, which isn’t likely to win over much support from lawmakers from rural states.

Republican Jerry Moran of Kansas is part of a vocal group of senators who oppose a breakup of the FAA. Speaking on the Senate floor in 2016, Moran said that rural airports create jobs.

“In communities across our state, we’re able to have manufacturing and service industries that probably otherwise, in the absence of an airport, would have to located in larger cities in Kansas or elsewhere,” Moran said.

Current FAA funding runs out in September, at which point re-authorization hearings in Congress will surely put privatization back on the runway.