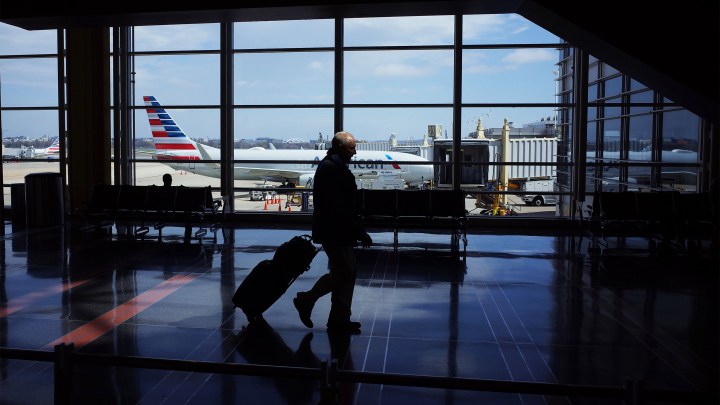 The airline industry is asking for a huge government bailout to help it deal with the enormous decline in travel due to COVID-19. The $2 trillion recovery package that the Senate passed late Wednesday night includes $25 billion for airline workers’ “salaries and benefits,” among other funding.

But there’s another issue the industry has to cope with: What if air-traffic controllers get sick? If there were a major COVID-19 outbreak at one of the centers that direct and monitor planes for large chunks of U.S. airspace, the effects could cascade through the system.

Coronavirus cases have already been reported in a handful of air-traffic control facilities across the country, including Chicago Midway International Airport on March 17.

As captured by LiveATC.net, the control tower closure limited the airport’s operations for a week while it was cleaned.

Ian Petchenik, of the global flight-tracking service Flightradar24, said controllers are among those who can’t work from home. “You’re working in close quarters with a variety of people on different shifts,” he said.

In a statement, the Federal Aviation Administration said every facility has a contingency plan. However, aviation safety expert Ashley Nunes, a senior research associate at Harvard University, said the plans are really about landing flights safely on short notice.

“The goal of these plans isn’t to ensure that operations continue as though nothing is going on,” Nunes said.

But the reduced demand for flights should ease the pressure on the air-traffic control system, for now.