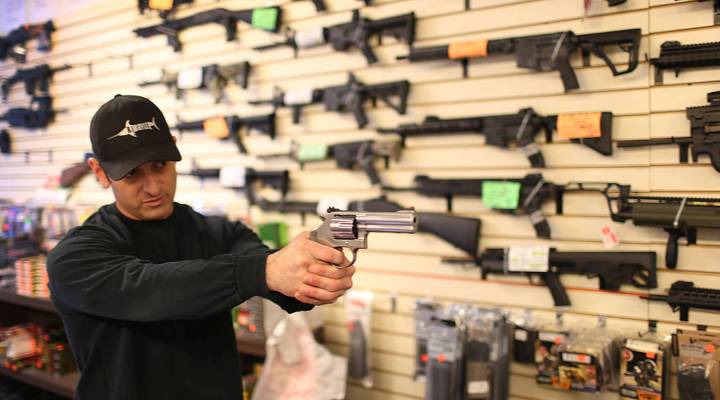 COPY
Brandon Wexler demonstrates for a customer at a store in Delray Beach, Florida, in 2016. Joe Raedle/Getty Images

Brandon Wexler demonstrates for a customer at a store in Delray Beach, Florida, in 2016. Joe Raedle/Getty Images
Listen Now

Millions of federal dollars are cleared to begin flowing to gun violence research efforts, two decades after the passing of the so-called “Dickey Amendment” had a chilling effect. The Centers for Disease Control and Prevention and National Institutes of Health are poised to split $25 million as part of a $1.4 trillion spending package President Donald Trump signed in December. The gun violence research money is half of what Democrats had pushed for, but any federal funding on the topic represents a major shift that researchers are hopeful they can build on.