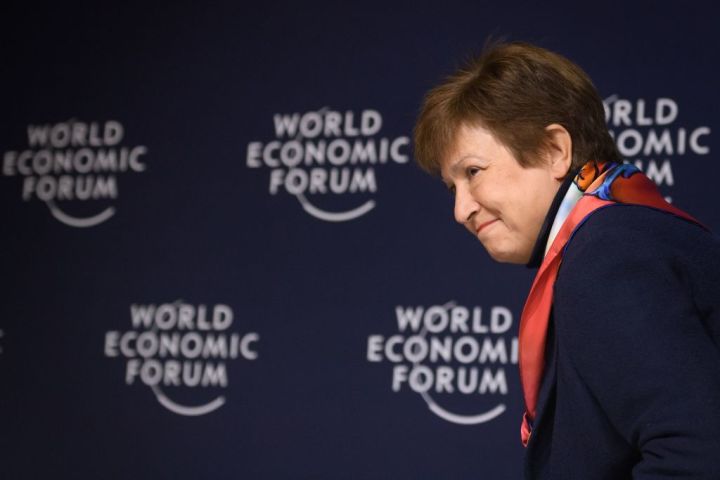 The International Monetary Fund has released its updated world economic outlook for 2020 in Davos, Switzerland. Prospects for the global economy have deteriorated slightly since the IMF’s last forecast, issued in October 2019. Growth is now expected to hit 3.3% in 2020, up from 2.9% in 2019, which was the lowest since the financial crisis.

Last year, the world economy was dragged down by the escalating U.S.-China trade war, a global manufacturing slump and rising recession risks.

By early 2020, central banks had cut interest rates to pump up spending and investment, and the U.S. and China had signed a phase one trade deal.

But Jacob Kirkegaard at the Peterson Institute for International Economics predicted that getting to a phase two trade deal with China will be much harder. And he warned that the Trump administration could still escalate conflicts with U.S. trading partners in Europe and the Middle East.

“Even though we have some diminished downsides in the short run, this isn’t exactly an optimistic outlook,” Kirkegaard said. “We barely get above 3% [growth] for the global economy, which used to be recessionary territory 10 years ago. So this is by no means a good forecast.”

The IMF identified several risks going forward, including geopolitical tensions between the U.S. and Iran that could disrupt oil supplies, and social unrest — in places such as India, Lebanon and Chile.

“In a turbulent world, the U.S. used to be a rock of stability,” said Cornell economist Eswar Prasad, “but it has now become a source of instability.”

“There is the paradox of course that if there is trouble anywhere in the world — including in the U.S. — people bring their money to the U.S. for safekeeping,” Prasad said.

The IMF predicts that the U.S. economy will continue to slow moderately to 2.0% growth in 2020.

Ryan Detrick, senior market strategist at LPL Financial, pointed out that 2020 is an election year, and historically, when incumbent presidents have run for reelection, U.S. markets have tended to rise.

“You have to go all the way back to 1940 with FDR, the last time the S&P was actually negative,” Detrick said. “It’s about getting reelected, putting policies in place to get the stock market higher and the economy higher.”