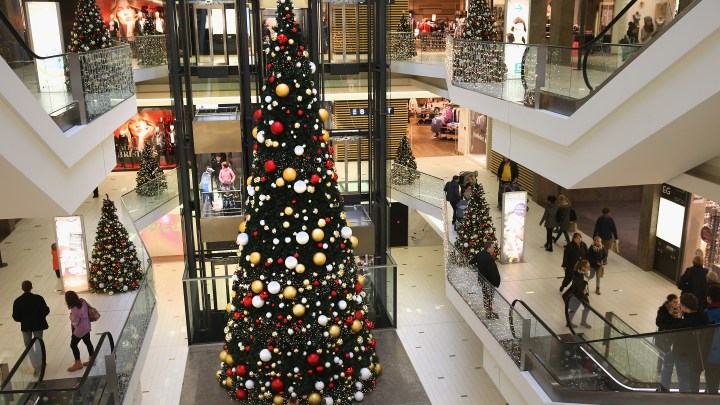 New Year’s Day is a time when many of us reflect on our lives and how we’re living them. We make resolutions — exercise more, eat healthier, take time to relax. Which brings us to the latest installment of our series, How We Shop, about what we buy, why and how. It’s about a woman in Boise, Idaho, who made it her New Year’s resolution to stop shopping.

We begin on Christmas Day in 2017, when Haley Falconer looked around her house and started to reevaluate her life choices.

“It just felt like we were overtaken by stuff,” Falconer said.

Aside from the Christmas gifts, Falconer realized that she and her husband Sean had already amassed a lot of stuff: three sets of dishes, 10 lip balms, 17 containers of hand lotion.

“I just felt like there was something that I could do about it and decided that I should stop buying things,” she said.

Falconer decided to go on a shopping fast for one year.

She set some rules. She would buy groceries, but no clothes or shoes or housewares. If her sons really needed something, she would try to buy it secondhand.

“I was pretty bummed out about it, because I felt like I could not go out and buy something that felt inconsequential on the very first day,” she said.

She sucked it up and used a rubber band. Eventually, her husband took pity on her and bought her a new clip.

The shopping fast was hard at first. To avoid temptation, she took all the shopping apps off her phone and unsubscribed from promotional emails.

And it got easier. She got creative.

“I had two weddings that summer and I borrowed dresses for both of them,” she said.

Even though she lost 20 pounds that year, she didn’t buy any new clothes.

But she said the experiment has changed how she shops.

Falconer said one benefit of the shopping fast: it saved her family about $4,000.

Tell us how you shop, and why, and we might reach out to you.