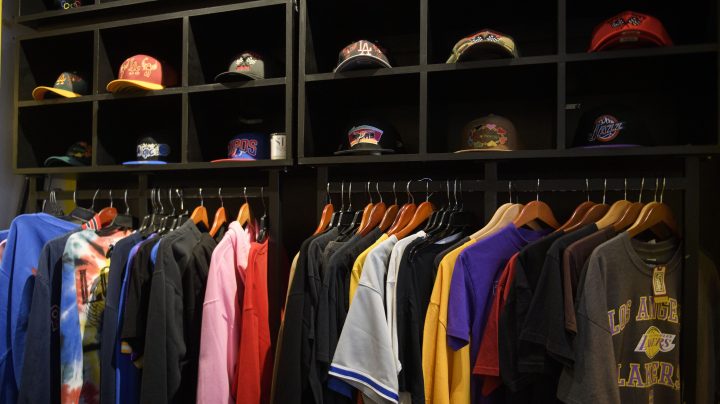 COPY
Shirts and hats are shown in a small retailer in Los Angeles before the 2020 holiday shopping season. Patrick T. Fallon/AFP via Getty Images

Shirts and hats are shown in a small retailer in Los Angeles before the 2020 holiday shopping season. Patrick T. Fallon/AFP via Getty Images
Listen Now

We often report on how either huge corporations or individual workers are feeling about this economy. Today we decided to check in with small retailers in the Marketplace home base, Los Angeles, about how they’re feeling ahead of the biggest shopping season of the year.

The store Soap Plant Wacko describes itself as a “purveyor of post-pop culture” in the neighborhood of Los Feliz” for 50 years.

General manager Toni Martinez said the store’s having the same inventory problems as everybody else. “You know, anything that’s plastic with the ‘Made in China’ sticker, we might not get it this year,” she said. That’s a lot of stuff at the store, which sells books, candy, toys, art and gag gifts. Prices have gone up on a lot of things, Martinez said.

“I haven’t heard any complaints from customers yet because I think everybody knows the deal. I mean, if the groceries are going up, then fake poop will also go up in price,” she said.

Martinez said her outlook overall is a positive one — people are already in the store shopping for the holidays.

“Yeah, some people are outright, they just say, you know, ‘I just want to make sure I can get what I get. I don’t want to wait to the last minute and have no choices.’ I think we’re — I think we’re gonna do really well. I think we’re going to be pretty successful.”

In Echo Park, Chris Cortez, the owner of comic books, game and toy store Alternate Universe, said costs were rising and paper shortages were impacting comic books, but that his business was in a good place, with lots of customers coming in.