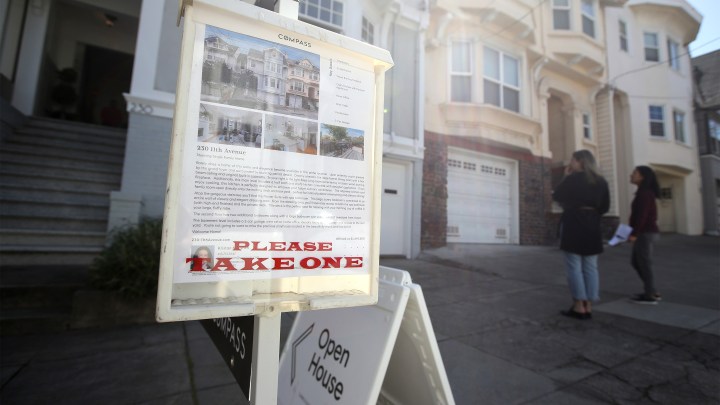 COPY
People look at a home for sale during an open house in April 2019 in San Francisco, California. Justin Sullivan/Getty Images

People look at a home for sale during an open house in April 2019 in San Francisco, California. Justin Sullivan/Getty Images
Listen Now

Housing is the single-biggest expense for most Americans, and a big driver of the U.S. economy. After all, the financial crisis of 2008 started as a housing crisis. A decade later, most markets have more than recovered, but the legacy of the crash lives on. Here are the top three stories from Marketplace’s Housing beat.

Clawing out of the housing crisis

When the decade began, the subprime mortgage crisis was still unfolding. Foreclosures peaked in September 2010, with nearly 120,000 individuals and families losing their homes. Nationally, home prices wouldn’t reach the bottom until 2012, when the median price of existing homes fell to $154,600, down 33 percent from the previous peak. Meanwhile, the homeownership rate fell to a low of about 63% in 2016, with much lower rates for African Americans and Hispanics.

Today, national home prices are up nearly 60% since the bottom, rising much faster than incomes, and affordability has become one of the biggest challenges. While homeowners have amassed record amounts of equity, those who rent have a harder time saving up for a down payment and finding an affordable house to buy. A shortage of new homes, along with a trend of people staying in their existing homes longer, has left home ownership out of reach for many families. In 2016, renters outnumbered homeowners in 47% of major cities, up from 21% in 2006, according to our analysis.

State and local officials are under pressure to find solutions. Some are rethinking the restrictive zoning rules that allow only single-family houses in many neighborhoods. The city of Minneapolis moved to eliminate single-family zoning, while Oregon passed a law to allow duplexes in cities with more than 10,000 people. But more density doesn’t always mean lower prices, as we learned reporting in Denver. Meanwhile, California, New York and Oregon have all moved to expand rent control, a solution that gives renters more stability, but which many economists say reduces the overall quantity and quality of housing.

Economists surveyed by the National Association of Realtors are predicting home prices will continue to rise, nationally, in the year ahead, but at a slower pace. Mortgage rates are expected to stay low, propping up sales, but the shortage of available homes — especially in the lower price range — could prevent many people from being able to buy. Watch for housing to be a big issue in the presidential election, with the Democratic candidates pitching their plans to create more affordable housing and the Trump administration defending its record.