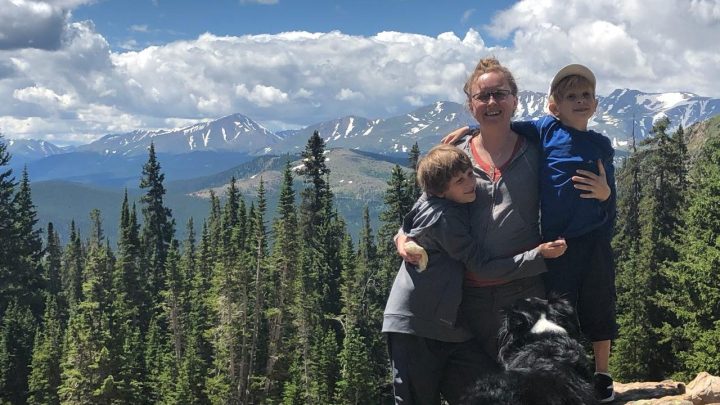 COPY
One stranger's anonymous gift helped Roslyn Imrie survive a period of financial hardship. Above, Imrie and her children are pictured on vacation in 2019. Courtesy of Roslyn Imrie
How We Give

One stranger's anonymous gift helped Roslyn Imrie survive a period of financial hardship. Above, Imrie and her children are pictured on vacation in 2019. Courtesy of Roslyn Imrie
Listen Now

$100 isn’t a lot to Roslyn Imrie today. But back in 2015, when Imrie was a single mother struggling to make ends meet, it meant she was able to get through the winter.

Imrie, from Fayetteville, Arkansas, went to the bank with around $100 in cash to deposit so that she could pay her gas bill.

But she quickly realized that she had previously overdrawn her account and owed the bank the cash she had just brought in. Imrie asked for the money back and walked out.

“I went to my car and just sat there and cried,” she said.

Until, a few minutes later, someone tapped on her window. It was the bank teller, saying that the person who was standing behind Imrie in line had paid her negative balance — and had left her a little bit of extra money.

She still doesn’t know who the anonymous donor was — they didn’t want to be identified — but Imrie said that act of charity has stuck with her.

“Now that I’m a director of a nonprofit, this experience definitely influenced my work,” she said. “We’re always trying to make miracles happen with little bits of donations and small grants, and there are so many organizations that wouldn’t exist if it weren’t for people giving to one another.”