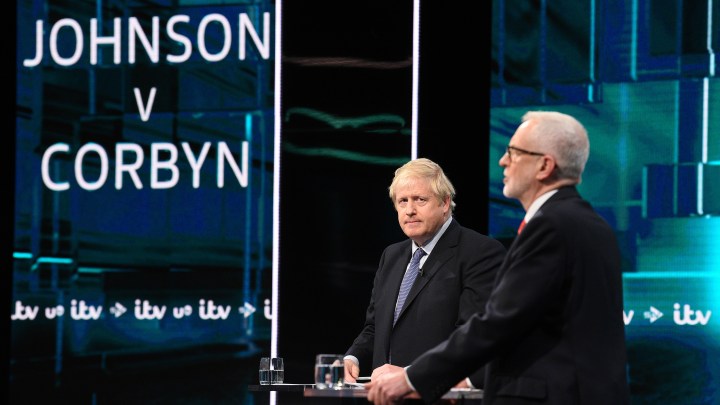 British voters are about to take part in a crucial general election for the third time in five years, and they face a stark choice.

Opposition Labour Party leader Jeremy Corbyn wants to renegotiate Brexit, even give voters a chance to stop it. Prime Minister Boris Johnson — leader of the Conservative Party — wants out of the European Union by Jan. 31.

The election will shape Britain’s future relations with Europe.

“Frankly it’s without a doubt the most consequential election in a generation, if not longer,” said Mujtaba Rahman, managing director, Europe, with the Eurasia Group.

Johnson and Corbyn faced each other a final time before the election in a BBC debate Friday night. The choice has come down to pure ideology, with Johnson touting free markets and a prompt Brexit as the only way to pay for “fantastic public services.”

Corbyn offered the opposite view.

“Socialism carried out in a Democratic way in this country … has raised the living standards of the very poorest,” Corbyn said at the debate.

The UK’s trade relationship with the U.S. could also be affected by the election outcome, said Cambridge University economist Meredith Crowley.

“If the Conservative party wins, they are on record as wanting to have a tight relationship with the United States,” Crowley said.

That’s something President Trump is backing, too.