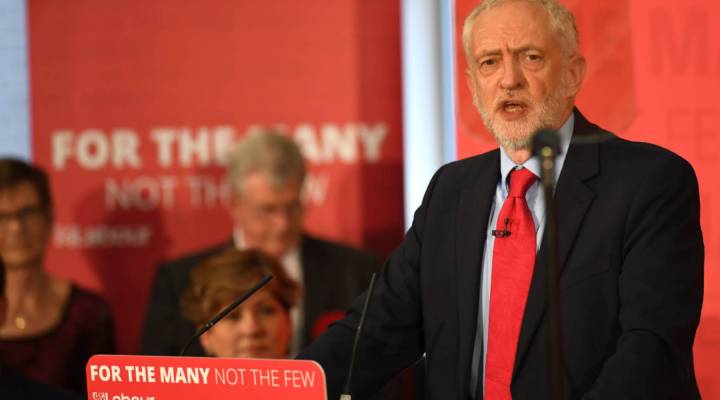 The terrorist attack on London Bridge over the weekend briefly hit the pause button on campaigning in the United Kingdom’s general election. It was the second attack in the U.K. in the last couple of weeks. Now, the candidates are back at it, trying to make their case to voters before Thursday’s election. When Prime Minister Theresa May called for the snap election back in April, it looked as if her Conservative Party might win handily. But current polls show her facing a much tighter race than anyone expected. Marketplace host Adriene Hill talked with European bureau chief Stephen Beard about what’s changed. The following is an edited transcript of their conversation.

Adriene Hill: How have the terrorist attacks changed the tenor of this election?

Stephen Beard: Now national security is clearly the main theme of the remaining part of this election campaign. But is it going to affect the result on Thursday? Probably not. After all, the two main contenders, Prime Minister Theresa May and the leader of the opposition, Jeremy Corbyn, don’t have the greatest credentials on this issue. When it comes to the Thursday vote, Brexit will probably be uppermost in most voters’ minds.

Hill: So, that hasn’t changed. It’s still a Brexit vote?

Beard: That was the reason Theresa May called the election. She said it was to determine who was the better leader to take the country into the Brexit negotiations, and that really hasn’t changed.

Hill: So, Prime Minister May started this campaign with something like a 20-point opinion poll lead over Corbyn. There was talk of a landslide here, but the lead has shrunk pretty dramatically. What’s gone wrong for May?

Beard: She launched this campaign saying that she was “strong and stable.” This was her mantra at the beginning of the campaign but she wobbled. In her election manifesto she proposed making families foot more of the bill for the social care of their elderly members. There was a hail of protest about this, and May almost immediately backtracked and change the policy while somewhat desperately insisting she wasn’t backtracking.

Beard: But it had. The measure was watered down and her critics said, not so strong and stable, more weak and wobbly. There have been other instances on the campaign trail and this has hit her standing.

Hill: And what about her main contender, Jeremy Corbyn? What’s he done well?

Beard: Well, he has performed very much better than virtually everyone, perhaps even himself, were expecting. His critics say it’s because in his manifesto he promised the earth. [He promised] free university tuition for all, free child care for all without putting up taxes for 95 percent of taxpayers. His poll rating has jumped even though he’s had some wobbles on the campaign trail, too. In this BBC radio interview, he was asked the cost of one of his key manifesto pledges.

BBC’s Emma Barnett: How much will it cost to provide un-means-tested child care for 1.3 million children?

Jeremy Corbyn: Um it will cost…It will obviously cost a lot to do. So, we accept that.

BBC’s Emma Barnett: I presume you have the figures?

Jeremy Corbyn: Yes, I do.

Beard: Trouble is, he didn’t, and after much humming and hawing and fumbling with his i-Pad, he still didn’t have the answer. But his disarray and fuzziness over the figures have not apparently dented the enthusiasm of his supporters.

Hill: So, there are two days left of campaigning. How’s it look? Is May still on course to win?

Beard: She appears to be. It’s difficult. I mean, we’re all very nervous now about opinion polls. But the bookmakers and financial markets are still pricing in, not a landslide anymore, but a clear victory for May.

Hill: Getting back to Brexit, what would this election mean for Brexit negotiations?

Beard: Well, the permutations are virtually endless. But broadly, we’re talking about three possibilities: hard Brexit, soft Brexit and even no Brexit. The bigger May’s majority, the more likely it will be that she’ll be able to compromise with her European partners over issues like the budget contributions and immigration and be able to get the deal through the U.K. Parliament. So, a great deal is at stake in this election.