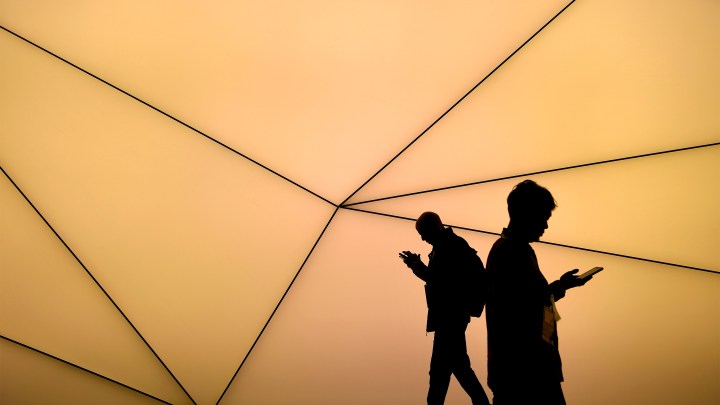 Have you received a Chinese-language robocall lately? Or a hundred of them? Federal authorities say these computer-generated scams, which began targeting American phone lines two years ago, are on the rise again. If you’ve ever wondered what it’s like to actually take one of these calls — and resist the urge to hang up with gusto — I recorded a few for this story and came away with some observations as to why the bad guys do it, and how they succeed.

“Hello, this is Bank of America.” Two of the Chinese-language calls I took began with this canned message; another claimed to be from UPS. These updated versions of the scheme, claiming to be calls from well-known companies, differ from earlier efforts purportedly dialing from “the Chinese embassy” in the United States. All directed me to press 9 or 0 on the keypad for a live person. Want to know what they sound like?

This female voice from “Bank of America” warned my name was found on illegally sold debit cards found in Shanghai, and that my accounts had been closed.

This male “UPS” caller (whose accent is Taiwanese, rather than mainland Chinese) suggested my identity had been stolen to enable fraud in, yep, Shanghai, China.

This male “Bank of America” voice suggested irregular activity turned up in my account. He said that since I was busy, he’d follow up by phone in two hours.

Each time, the person on the line asked to “confirm” my name, which he or she didn’t have. And then the “operator” proceeded to address me as “Mr. Tong.” Each spun a similar tale: that I had an urgent money problem. Financial identity stolen; name found on illegally sold or shipped debit cards; accounts closed; credit score compromised.

While these calls may sound clumsy or poorly executed, experts in this space suggest they’re well designed, at least from the perspective of the crook. Let’s examine each element of a call.

Anatomy of a Mandarin robocall

So far, these scams have duped victims out of a lot of money. In New York, more than 20 Chinese immigrants reported losing a total of $2.5 million from the scam in early 2018, according to the New York Police Department. Nationally, more than 350 victims reported a combined loss of more than $40 million between December 2017 and February 2019, the Federal Bureau of Investigation reported, noting the average loss was more than $164,000.

Stage your own … kidnapping

In one twist, phone scammers told Chinese-speaking victims in Australia to stage their own kidnappings to come up with the money, according to local fraud investigators.

For those who don’t speak Chinese and are bewildered by these calls, the attempts will likely keep coming.

Foss of Nomorobo said these scams originally targeted Chinese-speaking neighborhoods in the U.S., but are now expanding to all areas. He does not feel a “Do Not Call” list will help.

“They are not real companies,” Foss said. “It would almost be like having a ‘Do Not Murder Me list,’ right? ‘Please Do Not Steal My Money’ list. Right? That’s ridiculous. The criminals are not going to be respecting that.”