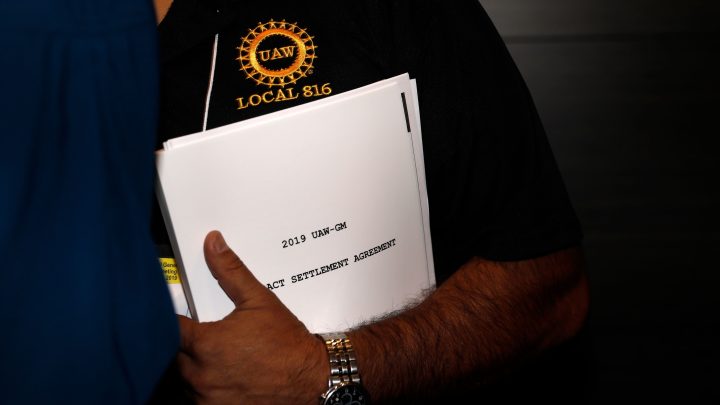 COPY
A United Auto Workers member carries a copy of the contract settlement agreement outside of a UAW GM Council meeting in Detroit on Thursday. Jeff Kowalsky/AFP via Getty Images

A United Auto Workers member carries a copy of the contract settlement agreement outside of a UAW GM Council meeting in Detroit on Thursday. Jeff Kowalsky/AFP via Getty Images
Listen Now

After nearly five weeks on the picket line, General Motors workers finally have details about what could be their next union contract. They didn’t get everything they asked for, and now they have to vote.

Some workers are concerned to see that a parts depot in California that employs 55 people will close. That’s on top of the closures in Baltimore; Lordstown, Ohio; and Warren, Michigan, that were announced last year.

But the deal comes with a signing bonus of up to $11,000, and experts say that may be a strong motivator.