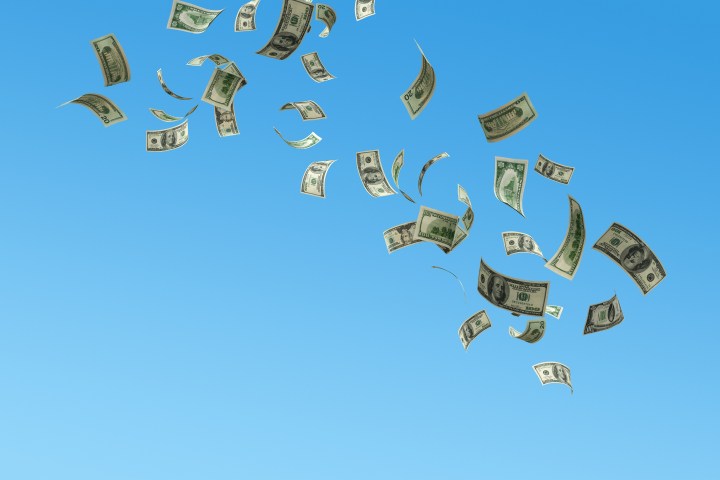 I’ve always wondered why there is so much unclaimed property being held by the states. Some is being held for individuals, some for companies, some for municipalities, and some for charities. The amount seems to increase every year.

In January 2011, North Carolina resident Greysolynne Hyman received a letter that she thought was a scam: a company informed her that she had unclaimed property in Wisconsin and that they’d help her get the money for a percentage of the cut.

So Hyman called up her local TV station, who told her that the company was legitimate, but that she could just claim the money herself. She then contacted Wisconsin’s state treasurer and got materials back from the state detailing how much she’d get in payouts.

“My first reaction, frankly, was shock. I had no clue that it was going to be that much money,” Hyman said.

It turns out the money was a refund of premiums that her dad, who was a doctor, had paid into a malpractice insurance pool.

“It was a huge surprise that there even was unclaimed property. My father had been dead for 31 years when I got this letter,” Hyman said.

After sending out some forms of identification, like her driver’s license, she got a check for that money, which she and her husband Bob Hyman ended up using to pay for their 25th wedding anniversary trip to Australia.

“It certainly made me feel good, because we put a hole in our savings account when we went to Australia, and that filled it right up again,” Bob Hyman said, laughing.

Why states oversee so much unclaimed property

The total amount of unclaimed property in the U.S. hit $43 billion in 2013, according to the National Association of Unclaimed Property Administrators, and you might be the rightful owner of some of it.

Even the rich and famous, along with government institutions, have held unclaimed property at one point or another, including the U.S. Federal Reserve, President Donald Trump, Kim Kardashian and Ben Affleck.

A company typically turns over property to the state if it’s gone unclaimed for about three to five years, according to John Biek, a partner at the law firm Neal, Gerber & Eisenberg.

Biek said while the term usually doesn’t refer to physical items, some exceptions would include the contents of a safety deposit box, such as jewelry. Those goods could go unclaimed if the person who had leased the deposit box stopped making rental payments and failed to check on the items.

“The underlying or fundamental concept is it has to be something that represents an outstanding liability from the holder to the owner,” Biek added.

All states have unclaimed property laws that date back to the 1950s, according to Brenda Mayrack, state escheator and director of the Delaware Office of Unclaimed Property. And the concept of unclaimed property itself dates back to feudal England when abandoned property (typically land) would revert to the crown.

Since then, there have been a series of Supreme Court rulings that have more clearly defined the laws surrounding unclaimed property. The 1965 case Texas v. New Jersey, for example,  decided that unclaimed property should go to the state of the owner’s last-known address. However, if the owner’s address is unknown, it should then go to the state of incorporation for the company holding the property.

Biek said that Delaware specifically is the “big gorilla” of the unclaimed property world because it’s the state of incorporation of many of the largest companies in America. Delaware — dubbed a “tax haven” — has lenient tax policies, which has encouraged companies to set up there.

The controversy over unclaimed property

States’ efforts to have companies report unclaimed property has garnered some criticism over whether they’re being too aggressive.

“There are constant pressures on the states to obviously try to limit taxing people,” said Diann Smith, counsel at the law firm McDermott Will & Emery. “And one of those ways certainly is to increase the concept of unclaimed property.”

While there’s no time limit on when you can reclaim your property, Smith said that states know only a fraction of the property they hold will ever end up being claimed. So some will, for example, earmark it for literacy programs or divert it into a general fund. And when it comes to unclaimed stocks, they can reap the interest they’ve accumulated.

“[The accounting and law firms] get a percentage of whatever they collect,” Walsh said.

In response to whether she thinks states get unfair criticism, Delaware’s Mayrack said her state wants companies to comply with unclaimed property laws, “just like they comply with tax, labor, [and] environmental laws.”

“It’s only after companies haven’t filed voluntarily … that they might face enforcement efforts,” she said.

How to get unclaimed property back

Lawrence Schantz, director of the office of unclaimed funds for the New York State Comptroller, said Daylight Saving Time is one marker of when you should check online to see if you have any missing funds. Just like you change your clocks twice a year, check your state’s website twice a year to find out if you — or even close family members — have unclaimed property.

“A son or daughter, a grandchild down the road, any type of an heir who’s legally entitled to the funds can at some point come forward,” Schantz said.

The National Association of Unclaimed Property Administrators has a map where you can click on each individual state to look at its database to find out if you have any unclaimed property in that region. The site Missing Money, endorsed by NAUPA, also allows you to search for any unclaimed property more than one state at a time, while the IRS tool Where’s My Refund allows you to search for undelivered tax refunds.

You won’t have to pay a fee for it, nor will it get taxed.

“Remember, that was your property to begin with. So you haven’t really gained any more wealth by recovering the property that you already owned,” Biek said.

You might get a letter from a company stating that you could get unclaimed property, like Greysolynne Hyman did. They’re usually not scams, per se. Companies like that do reunite people with their unclaimed property — it’s just that they’ll charge a commission for handling the work for you.

Mayrack said she thinks the best thing you can do is make sure your property doesn’t become unclaimed in the first place.

“What that means is cash a check right away, use gift cards right away, log in to all of your bank and investment accounts at least once a year,” Mayrack noted.

Greysolynne was able to reunite with thousands of dollars, while one Missouri woman received $6.1 million. But, of course, not everyone should expect that high of a windfall. In New York, Schantz said that 70% of the claims are for amounts less than $100.

One of the most memorable cases that Schantz said his office has dealt with involved a veteran who was homeless and ended up finding out he had unclaimed property.

“He came into a substantial amount of money that was able to help them get on his feet again,” Schantz said.

After going through the process, Greysolynne Hyman also encourages people to find out what missing money they might have.

“The reaction of everyone we knew was to go to whatever states they had lived in and look up unclaimed property,” Hyman said. “Keep checking. That’s the best advice I can give to everyone, keep checking. You never know.”

Tell us what you’ve always wondered about.