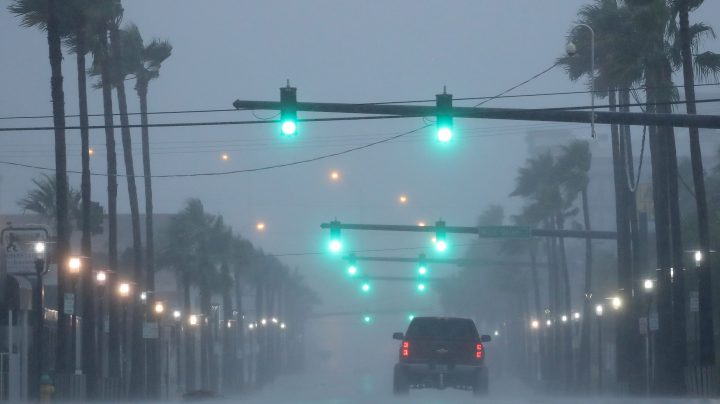 Evacuating your home ahead of a hurricane like Dorian is a stressful, often emotional thing, pretty much no matter who you are. It’s also expensive.

“To evacuate you have to have a fully functioning car, you have to have a full tank of gas,” Diane Yentel, president of the National Low Income Housing Coalition, told Marketplace. “Emergency disaster shelters often fill up fast, which means either needing to drive further, or needing to get a hotel or a motel room, which requires money and often requires a credit card at check-in.”

Not everyone has a car, or money for gas, or a credit card, or family or friends they can stay with. Which can leave them with few options when public transportation shuts down or nearby shelters fill up.

“The lowest-income people are often the hardest hit by disasters,” Yentel said. “They’re least able to evacuate prior to a storm, they’re least likely to have the savings that they need to help them get back on their feet quickly after a storm.”

That reality has borne out in hurricane after hurricane, from Katrina to Harvey to Florence to Maria: poor people are disproportionately impacted, both in the short and long term. Right now, approximately 1 million people are in a mandatory evacuation zone for Hurricane Dorian in parts of Florida, Georgia and the Carolinas. Of those, more than 340,000 households are living on less than $25,000 a year, according to a National Low Income Housing Coalition analysis. More than 90,000 have no car, which can make evacuating a lot harder, if not impossible.

For people living paycheck to paycheck, particularly those who are “severely cost-burdened” — paying upward of 50%, 60%, 70% of their income every month in rent — the storm is coming at a particularly difficult time, too: just after the first of the month. “Chances are,” Yentel said, “that those extremely low-income renters, their savings, if they had any to begin with, are depleted right now.”

For people in evacuation zones, there are shelters, yes, but they can fill up, and in many cases there are also people they can’t accommodate in the first place: people with disabilities or other special needs, those who might need specialized equipment, medication or care. In those situations, people with disabilities are often directed to a local hospital emergency room, according to Marcie Roth, CEO for the Partnership for Inclusive Disaster Strategies.

A lot of people try to ride out the storm, for that reason and for many others. But there are also plenty of people who know there is no way they can ride out a hurricane where they live. Dan Shorter, of the Coalition for Independent Living Options, said that’s true of a lot of his clients in Florida, many of whom are “the poorest of the poor” and live in low-lying areas, in trailers or poorly constructed, poorly maintained homes that are especially vulnerable to high winds, rain and storm surge.

“They know they have to leave,” Shorter said. Even if leaving comes with its own set of problems — like missing work and paychecks.

Given the initial forecast and expected storm track, a lot of people along the East Coast of Florida evacuated and a lot of businesses, particularly those involving outdoor work, shut down days ago. Then the storm stalled over the Bahamas, with devastating consequences. Even for those in Florida who now appear to have been spared the worst of Dorian, the ripple effects, particularly for those who are low income, are still significant.

“These families missed days at work last week, they didn’t get paid for Labor Day, because they don’t work jobs where they get paid for a holiday, and now they may miss this whole week, because their business isn’t back to work yet,” Shorter said. “We expect a rash of evictions coming up in the next month or two, because they just don’t have an easy way to make that money back. And we’ve seen this before, after hurricanes that have struck our area, that this is a consequence of storms for poor people.” Those consequences can last for years.

Recovery and planning for the future

“A lot of people make the assumption that after a disaster, everybody benefits from recovery, and people are restored to their pre-disaster circumstances,” Roth said. But that’s not always the case. Instead, natural disasters often end up exacerbating existing inequalities.

To try to prevent that in the future, advocates like Roth say emergency managers at all levels — federal, state, local — need to bring people from the most vulnerable communities into the planning process before a storm hits.

Marc Burdiss, who runs the emergency management consulting company Preparedness Solutions, said that in many places that is now happening more and more.

“As emergency managers, you’ll see and hear a lot more talk about the whole community, where we’re going out and reaching out to stakeholders, to those who have functional and access needs, and inviting them to the planning team,” Burdiss said. And not only inviting them to the planning team, but then also running simulated disaster exercises. “So not only do we think about them in the planning sessions, not only are they helping to write the plans that would accommodate them, but then we’re actually practicing on that.”

There are, he acknowledged, still plenty of older emergency plans out there that do not yet reflect this newer “whole community” model. They’ll get there, he said, “but a battleship turns slowly.”

In the meantime, as Hurricane Dorian closes in on the southeastern coast of the U.S., Burdiss’ best advice to people who do have a car, who do have the means to evacuate and a place to go is this: check on your neighbors. 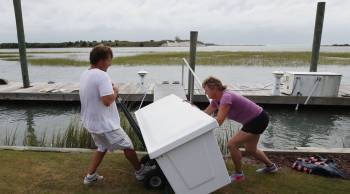 Evacuees without cars face a storm of expenses