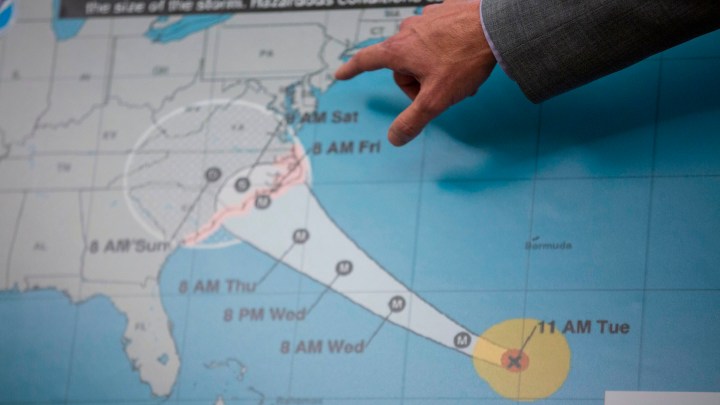 The National Oceanic and Atmospheric Administration has a new tool to help monitor how the climate is changing. NOAA just released the first ever video footage taken by an unmanned, robotic vehicle from inside a major hurricane.

The drone is collecting real-time data to help scientists better understand how major storms grow and intensify — and perhaps help improve forecasting, which has gotten a lot better in recent years.

For hurricanes, in particular, “there’s been an accelerated improvement, I would say over the last 15 to 20 years,” said Louis Uccellini, director of the National Weather Service.

He said that right now, five-day forecasts for hurricanes are about as accurate as two-day forecasts used to be. “This is really important because a lot of decisions made for evacuating areas along the coast, that decision process starts five days out ahead of the storm making landfall.”

“A lot of people don’t really think much about weather forecasting and how important it is, but it’s a really great example of what adaptation to climate change actually looks like,” Stuart said.