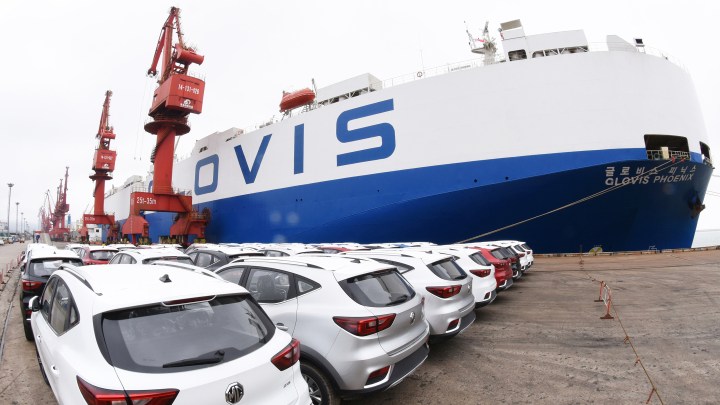 COPY
Cars produced by SAIC Motor Corp. wait to be exported to the U.S. at a port in Lianyungang in China's eastern Jiangsu province in 2018. China's new tariffs affect U.S. cars being exported to China. AFP/Getty Images
Trade showdown

Cars produced by SAIC Motor Corp. wait to be exported to the U.S. at a port in Lianyungang in China's eastern Jiangsu province in 2018. China's new tariffs affect U.S. cars being exported to China. AFP/Getty Images
Listen Now

Beijing retaliated Friday against U.S. tariffs with import taxes of its own on $75 billion worth of American-made products. That includes autos and auto parts made in the United States that rely on China as a critical market.

“When BMW slows down, everything from the churches to the automotive shops, the restaurants in Spartanburg and across South Carolina [is] affected,” Britt said. “It has a ripple effect like dropping a meteor in a swimming pool.”