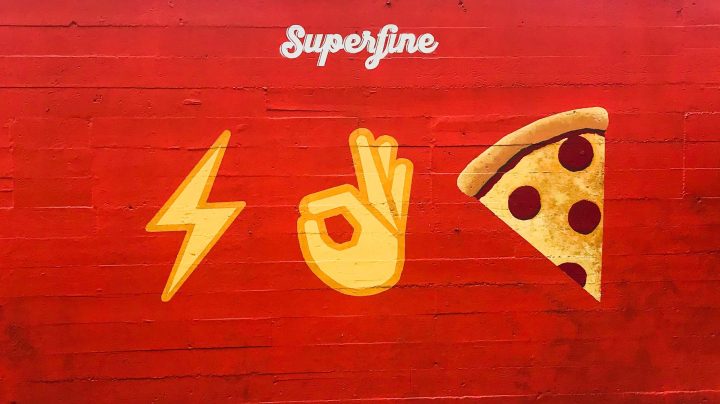 COPY
Superfine Pizza is one of a small, yet growing number of businesses in Los Angeles that are going cashless. Benjamin Gottlieb/Marketplace

Superfine Pizza is one of a small, yet growing number of businesses in Los Angeles that are going cashless. Benjamin Gottlieb/Marketplace
Listen Now

Nick Montgomery says when it came time to decide whether his Echo Park restaurant would accept cash, it was a tough call.

“This is a small space,” Montgomery said of Konbi, a Japanese-style cafe and sandwich shop on Sunset Boulevard.

Akira Akuto, Montgomery’s business partner, said that another reason pushed them to make the restaurant cash-free: “It costs money to take cash. Our insurance goes up.”

For a restaurant the size of Konbi, Montgomery explained, “It is about $5,000 a year just to count cash every day and take it to the bank. That’s a lot of money to a small business.”

Konbi is one of a small but growing number of restaurants in Los Angeles that are ditching cash. Chains have also explored this model. Tender Greens, the LA-based salad and sandwich chain, began its transition to cash-free business last year at most of its locations. At a cashless checkout, everything else is fair game: credit, debit and gift cards, or electronic payment methods like Apple Pay or PayPal.

“There is a trend that is happening,” said Shelle Santana, a professor at Harvard Business School. “More businesses are looking at what their particular mix of payment is — within their customer base — and making a decision that they are going to go cashless.”

“We really wanted to provide a safe working environment for [our employees],” Samson said. “Having a 400-square foot place with a window right onto the street … unfortunately, restaurants, especially cash-only restaurants, have been targeted by criminals in Los Angeles.”

“I started talking to people, and I realized that a large number of people in our African-American community were unbanked. Our immigrant community, unbanked. Most of our homeless population is unbanked. It is discrimination, and it is not equitable,” Brown says.

San Francisco’s cashless business ban is expected to go into effect later this year. Several other cities are considering similar moves, such as New York and Washington D.C.

Los Angeles “currently doesn’t have a policy on this issue,” according to Mehrin Rahman, director of communications at LA City Councilman Paul Krekorian’s office.