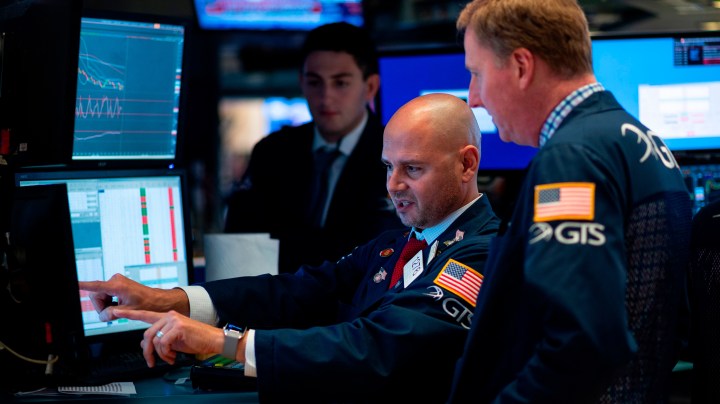 The government borrows money by selling more than a dozen different kinds of bonds with maturities as short as four weeks and as long as 30 years. Normally, longer-term bonds pay higher interest than shorter-term bonds. But short-term bonds have advantages, too.

Jeffrey Cleveland, chief economist at Payden and Rygel, said a short-term bond, like a one-year treasury bill, might appeal to a company that needs to store cash it can access quickly.

Medium-term treasury notes, like 3- or 7-year notes, might appeal to investors who want to include safe government bonds in an investing portfolio, and earn some interest.

“That includes most banks, includes a lot of insurance companies, and consumer-style investors that are investing through mutual funds,” said Jim Vogel, interest rate strategist at FTN Financial.

Longer bonds — 10- to 30-year bonds — appeal to big pension funds, insurance companies and university endowments, which don’t mind locking up their money for so long.

But Vogel said investors also buy and trade 10- and 30-year bonds when other assets, like stocks, start deteriorating in value. Investors often crowd into the safe haven of government bonds when markets get volatile.

“It is the most actively traded segment in the bond market,” she said.

Just another reason Marketplace quotes the 10-year Treasury note every day when we “do the numbers.”