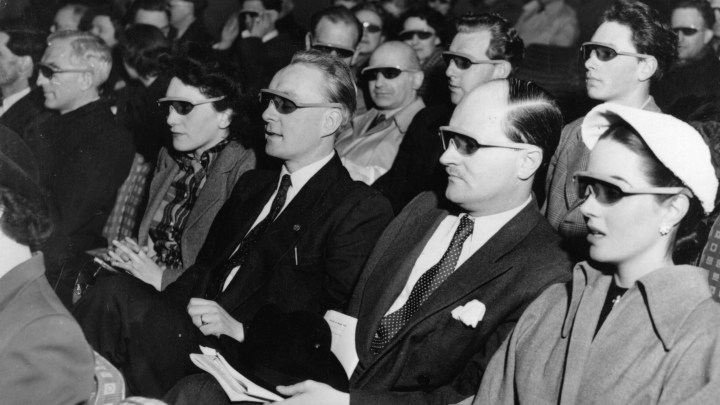 A couple of months ago, Jason Alt, a big Marvel fan, clicked on the trailer for “Spider-Man: Far From Home.” He was super excited — until it started playing.

In between the web-slinging and explosions, there was reveal after reveal: a downtrodden Spider-Man blows off his superhero duties. He goes to Europe. He’s recruited to a new mission. He joins forces with another superhero. His crush, MJ, figures out his secret identity.

All of this is preceded by a well-intentioned warning about spoilers for a different movie, “Avengers: Endgame,” that are in the trailer.

“After I watched the trailer, I was like, I would give anything not to have seen that,” said Alt, who’s 35 and lives in Michigan. I found him on Twitter, warning his followers about this trailer.

Alt is one of many people online who say movie trailers these days reveal way too much.

Drew Cummins makes movie trailers at a marketing agency called BLT AV. And he gets why moviegoers get annoyed sometimes.

“It ruins a movie-watching experience if it’s given away,” Cummins said.

He said people do sometimes overreact before they’ve actually seen a movie.

But he also said when a studio gives away plot points in a trailer, that’s not an accident.

Studios spend hundreds of thousands of dollars producing them. Cummins said agencies cut different ones to appeal to different audiences, like baby boomers or action fans. Each trailer is revised endlessly.

“It can go on for months, like one trailer can have 50 versions, and that’s just one of the many that were cut,” Cummins said.

Then the studios test the trailers in front of movie audiences and smaller focus groups. They ask people: Would you see this movie?

A lot of the time, people “want to know what they’re buying,” said David Singh, a movie marketing executive at Solstice Studios. “You know, they want to know a little bit more about the plot.”

Singh used to be on the marketing team at 20th Century Fox, where he worked on one of the more notorious trailer overshares in recent movie history. It was the trailer for the 2015 film “The Martian,” which featured Matt Damon playing an astronaut stuck on Mars.

The trailer plods through the plot: His mission fails, he gets stranded on Mars, everyone thinks he is dead but … plot twist, he’s alive! The trailer eventually shows him sitting in a spacecraft, presumably headed back toward Earth.

“We initially wanted to tell you very little about the film because we didn’t want to spoil much of the plot,” Singh said.

But they felt like they had to. Damon had just played a stranded astronaut in another movie called “Interstellar,” and the studio needed to make this movie stand out.

“It’s such a competitive world out there. You’re competing for people’s time with, you know, every platform imaginable. You’ve got to tell them enough to get them excited about it,” he said.

The directors of some of these movies are not so excited. Over the past few years, the directors of “Jurassic World,” “Terminator Genisys” and the boxing movie “Southpaw” have all said publicly that the trailers for their movies gave away too much.

Then again, those movies did collectively make billions of dollars at the box office.

Dan Merino contributed to this report.