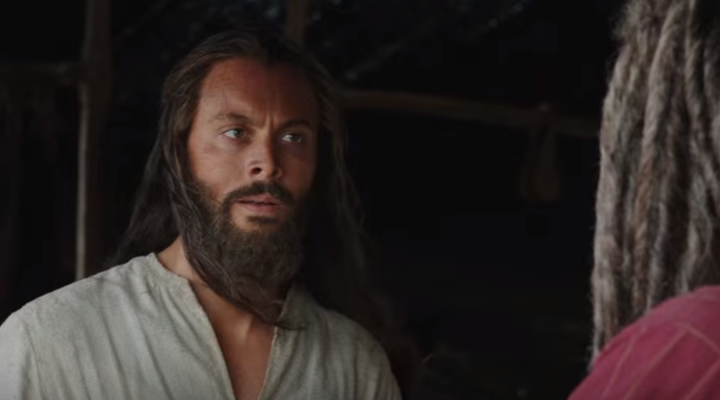 COPY
Christianity plays a more prominent role in the 2016 "Ben-Hur" film than in the 1959 version. Paramount Pictures

Christianity plays a more prominent role in the 2016 "Ben-Hur" film than in the 1959 version. Paramount Pictures
Listen Now

A remake of the classic film “Ben-Hur,” known for its epic chariot race scene, opens Friday.

Unlike the classic 1959 adaptation, the 2016 version plays up the role of Jesus, perhaps with an eye toward drawing in more Christian viewers.

In fact, in the Charlton Heston version Jesus doesn’t even speak. In the new movie, Christianity figures more centrally to the plot.

“There has definitely been a steady growth with faith-based entertainment,” box-office analyst Jeff Bock said.

Roma Downey and Mark Burnett are the film’s producers, who have made a name for themselves making Christian-themed films and documentaries. (Previously, Mark Burnett was the executive behind TV series like “Survivor” and “The Voice.”)

The key factor, said Bock, is that compared to earlier faith-based successes with budgets closer to $10 million, recent Hollywood films such as “Noah” and “Exodus” cost upwards of $100 million.

“And they’re not necessarily paying off when they’re spending that much,” Bock said.

So the stakes are high, and despite being panned by critics, Paramount is hoping “Ben-Hur” will clear $20 million this weekend. They recut the trailers to add more Christian imagery, perhaps hoping for a little divine intervention at the box office.