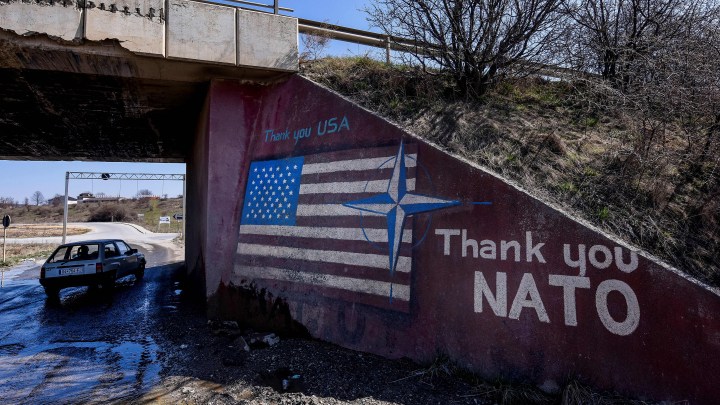 COPY
A car drives past graffiti reading "Thank you NATO" and featuring the U.S. flag near the village of Stagovo, Kosovo, on March 24. ARMEND NIMANI/AFP/Getty Images

A car drives past graffiti reading "Thank you NATO" and featuring the U.S. flag near the village of Stagovo, Kosovo, on March 24. ARMEND NIMANI/AFP/Getty Images
Listen Now

Mark Esper takes over Monday as acting secretary of defense, and this week at a NATO meeting he will continue the Trump administration’s push for trans-Atlantic allies to boost defense spending to the alliance goal of 2% of gross domestic product. Esper will focus on “more equitable burden sharing,” according to a Pentagon statement.