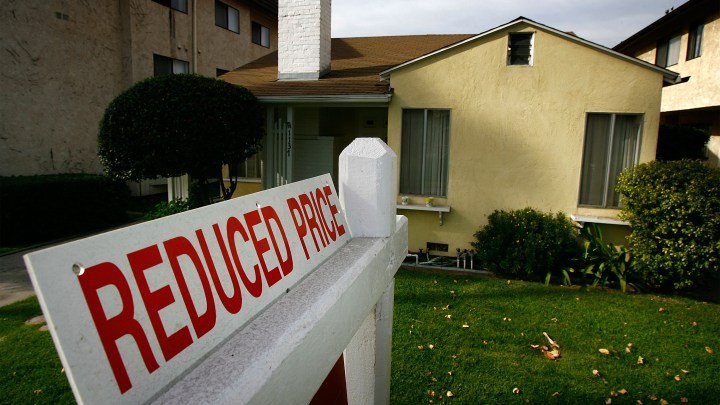 It’s never easy to set the price of a home. It gets even trickier in a cooling housing market.

Nancy McInerny of Aberdeen, Maryland listed her four-bedroom house for $399,000 in January. Four months and two price cuts later, she sold it for $375,000. Her husband had already moved to Indiana for a new job and she was anxious to join him.

“It hurt,” she said. “I just wanted out of there, honestly.”

As the housing market slowdown officially passes the one-year mark, more sellers like McInerny are having to lower their expectations. According to the latest Case-Shiller National Home Price Index out Tuesday, home prices grew 3.7% in March. Prices are still growing, but it was the twelfth straight month of slower price growth.

According to Zillow, about 15% of listings had a price cut in April. That’s up from 12% a year ago. Skylar Olsen, Zillow’s director of economic research, said there is an advantage to a price cut. It moves a house back up to the top of real estate search results.

“More buyers might experience your listing that way,” she said.

There’s a downside, though: buyers tend to react negatively to a house that’s been reduced.

“You get a bit of the taste of the lemon in your mouth, in the sense of, ‘Oh, there’s something about this home that’s not selling,’” said Olsen.

Typically, the longer a house sits on the market, the lower the final price.

Taylor Marr, a senior economist with Redfin, said a listing gets more than three times as many views when it’s first posted than after a price cut.

But that’s easier said than done. Lisa Lynn worked with a local broker who knew the market when she listed her home in suburban Chicago in March for $389,000. After it failed to sell, she dropped the price twice before accepting an offer for $357,000. That was $20,000 less than she’d paid for the house in 2007.

“Could we have set the price lower? I guess,” she said. “And then if we had sold that first weekend we would wonder, ‘well could we have gotten more for it?’”