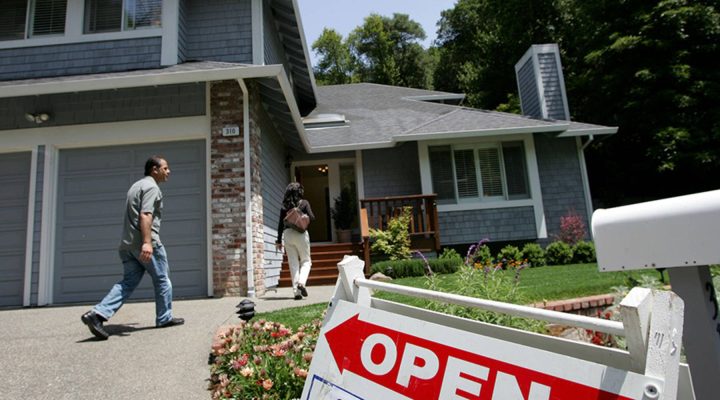 Existing-home sales rose 7% in September, according to the National Association of Realtors — a surprising increase, given how few homes are on the market for sale right now.

But home builders filed permits for fewer new homes in September than earlier in the summer.

Demand for homes is through the roof right now, but people who own homes aren’t selling in large numbers, and builders can’t get materials and workers, said Mike Fratantoni at the Mortgage Bankers Association.

“Strong demand and constrained supply is leading to a big run-up in home prices,” he said.

As the economy continues to reopen, Jeff Tucker at Zillow predicts that buyers will see more homes for sale and fewer crazy bidding wars or offers way over asking price.

“Forecasts show a deceleration in price-growth. But less bad news is not the same as good news for first-time buyers,” Tucker said.

Meanwhile, the Mortgage Bankers Association predicts mortgage rates will rise to 4% by late next year. Low by historic standards, but maybe still too much for some would-be first-timers.